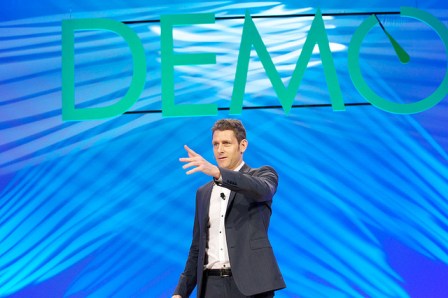 If you’re a decision maker and you aren’t on top of the social media revolution, you’re probably going to go out of business, said VentureBeat editor-in-chief Matt Marshall.

That’s the theme of the DEMO Spring 2011 conference in Palm Desert, Calif. — that the next wave of successful companies are going to use social as a key part of their strategy. The DEMO Spring 2011 conference kicked off last night in Palm Desert, Calif., with an opening reception. The company presentations begin today, with more than 25 companies set to launch on stage.

“Some things, some companies I’ve seen are so far out there I can’t even explain them,” said Marshall.

But as far out there as some of the companies seem — like computer-powered cleaning swabs — the next wave of companies that has seen rapid success all have one thing in common: they rely on social interaction.

Facebook, which has ballooned to a $50 billion valuation just a few years after its launch, threw aside a lot of precedent in the industry because it relied on social interaction. It’s basically the operating system of the new web, Marshall said. Group-buying discount service Groupon, which became one of the fastest companies in the world to reach $1 billion in revenue, also relied on social elements to be successful.

“These companies are all built with social at their core,” Marshall said. “All businesses need to apply Social to succeed these days.”

Even more traditional companies, like chip manufacturer Intel, are introducing social elements to their business. Intel, for example, is optimizing its chips to work on social network infrastructures like Facebook.

You can catch a live stream of the whole conference online here. Check out VentureBeat for wall-to-wall coverage of each company launching at DEMO Spring 2011.