Thirteen startups presented in the Social and Media Technologies category at this week’s Demo Fall 2011 conference in Silicon Valley. Common themes were getting advice from strangers and trying out items for purchase virtually before buying. Here’s a look at three of those startups we haven’t covered yet in our Demo reporting: 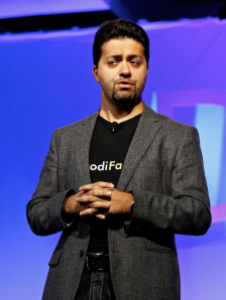 Toronto-based ModiFace demonstrated Modiface Mobile Apps, a technology that turns any mobile device into a photo-realistic fitting room for cosmetics, skincare and clothing. The ability to try things on increases the chance of a sale, according to ModiFace CEO and founder Parham Aarabi.

To use ModiFace women upload a self-photo, which is then scanned by the system to detect facial features and body contours. The app then applies products automatically and realistically to the photo. This can be done in stores or ads through QR codes women scan.

The company was founded in 2006 after an academic project at the University of Toronto. The company has grown to more than 25 employees, according to Arabi. He says $500,000 in funding has come from an angel investor. Competitors include Taaz, Ezface and DailyMakeover.

“We are the only company that offers a photo-realistic dressing room solution,” says Arabi in an interview with VentureBeat. “This is also an HTML solution, not Flash, which means it works across all platforms.”

“There’s an opportunity to make a lot of money here quickly,” says Rich Wong of Accel Partners, during the sage panel after the demonstrations. “I would hold back on whether or not it is going to be a gold mine.”

Likes me, likes me not

Likes me, likes me not is a social site designed for people who want to talk about their dates, but not necessarily with people they know. After a date, you can visit the site and post a question about your budding relationship. Questions like, “What does it mean if he hasn’t called me back in two weeks?!” or “He invited his mom on our first date, is that weird?” Other people can then comment on the questions. Company executive Marjan Yahyanejad says strangers give honest advice.

“We are making a site where people can comment anonymously,” she said as she presented at Demo. “Other people can vote and comment on what they think about the date and advise them on it.”

She hasn’t yet raised money for her company, but she says she has not tried yet. Her goal is to get money from ads and partner with online dating websites that lack the feedback element.

Q&A sites have an inherent risk: A lot depends on the very early community members and the tone that they set.

“[Questions and answers website] Quora has done really well, because they curated their seed crystal really well,” says Rich Wong of Accel Partners. “But it’s easy for sites like this to go sideways.” 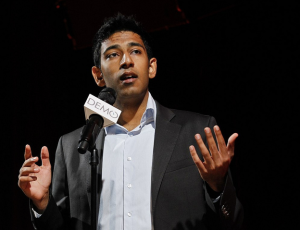 AlphaPitch lets students with companies present at Demo on a scholarship. They only get 90 seconds to “sell” their company to the crowd. LiveAdvisors is one of this year’s chosen AlphaPitch companies, and the company provides an online marketplace for advice.

“Online advice is not personalized enough,” says founder  Navid Nathoo, who attends Richard Ivey School of Business. LiveAdvisors provides on demand, one on one live video chat. The people asking advice get the answers they need and “experts” who provide advice get an additional source of income.

Nathoo provides the example of an undergrad needing advice on how to transition into a job. She gets advice on interview questions from an MBA student who needs additional cash.

These companies were chosen by VentureBeat to launch at the DEMO Fall 2011 event taking place this week in Silicon Valley. After our selection, the companies pay a fee to present, with the exception of AlphaPitch companies which receive scholarships. Our coverage of them remains objective. There’s still plenty to see at DEMO, and VentureBeat readers can get a special discount on registration for the remainder of the show at demo.com/VBDay.