DoubleDutch is one of 70 companies chosen by VentureBeat to launch at the DEMO Fall 2010 event taking place this week. These companies do pay a fee to present, but our coverage of them remains objective. 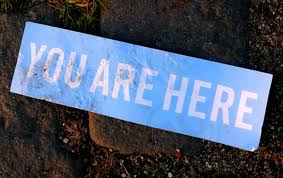 The company creates private applications for businesses interested in giving their customers a way to announce their presence at a location online. Such check-in services have become popular as social tools to announce one’s presence to friends, but businesses are just starting to explore their use. According to DoubleDutch, interest has come from several specific sectors, including universities, events and trade-show organizers, managers of large office campuses (think of the Googleplex in Mountain View or Microsoft headquarters in Redmond, Wash.), and media companies.

Once a user checks in, information can be pushed to the user, including deals, offers, or virtual goods like the badges awarded by consumer check-in services like Foursquare.

DoubleDutch’s service is integrated with Twitter, Facebook, and Salesforce Chatter for social sharing. The company currently offers apps for the iPhone and BlackBerry, as well as HTML5-capable Web browsers on smartphones.

Competition in the space is starting to heat up with companies like Scvngr, Geodelic, and Socialight entering the scene.

The company says it’s only working with 11 customers, including GQ Magazine, newspaper publisher Gannett, and Arizona State University, but notes that’s because it is struggling to keep up with demand. In the near future, DoubleDutch hopes to have a self-serve portal that allows any group to configure their own app.