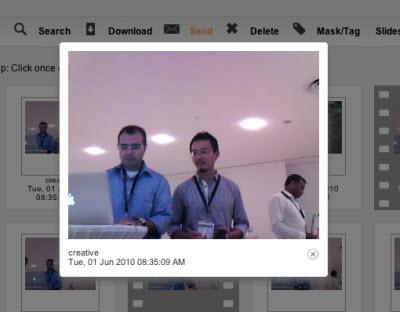 Pechora Technologies is one of 70 companies chosen by VentureBeat to launch at the DEMO Fall 2010 event taking place this week in Silicon Valley. After our selection, the companies pay a fee to present. Our coverage of them remains objective.

It’s going to get pretty hard to hide from all of the surveillance cameras in the future. That notion is coming into focus as Pechora Technologies unveils its Web-based surveillance service, GotoCamera service at DEMO today.

GotoCamera cleverly uses standard webcams, including the ones increasingly found in cell phones, in a system designed for the everyman, not Big Brother.

The service’s freemium business model starts with a free mobile app that lets consumers take an old smartphone and turn it into a video-surveillance device for monitoring the home. That basic service is aimed at parents with young kids. Those parents may want piece of mind to know their loved ones are safe, but they’re not likely willing to spend a lot of money on security.

The service is free through September 30. After that, Pechora will introduce a paid service for $29.95 a year. Free users can set up one camera, record video with free storage, and receive mobile text alerts when motion is detected. Full-service subscribers can use up to four cameras, receive streaming video, get additional storage, and price protection.

A trend that favors the company: Consumers are replacing their phones every 18 months or so. That means there are a lot of camera-equipped phones sitting around. Those phones can be connected to Wi-Fi networks using Pechora’s app.

To use the system, you download and install the software, which finds the webcam. You decide whether to activate motion detection and the kinds of alerts you want to get. Then you’re up and running. To access the video from afar, you log into the company website, where you watch images and videos (the latter recorded in 10-second segments every minute).

Pechora CEO Varun Arora says he and his wife can go out to dinner, leave an old Nokia N95 in a playroom, and connect it to a Wi-Fi network. They can then check in on the kids at any time.

GotoCamera will make its software available under an open-source license, allowing developers to build applications and additional features for a wide variety of phone models.

The company was founded in late 2008 and has four employees. Founders include Arora and Li Yi, chief technology officer. Both formerly worked in the research lab of Singapore mobile operator M1. They built the technology at M1 and then licensed it for their startup.

Rivals include high-cost closed-circuit TV systems, which can cost $1,000 or more for a four-camera setup.

The company previously offered a system called HomeCamera without the smartphone app or streaming video. Even without those features, it picked up 82,000 subscribers, mostly in the U.S.

The company is funded by private investors and the government of Singapore. It has raised $350,000 and has commitments for an additional $350,000. 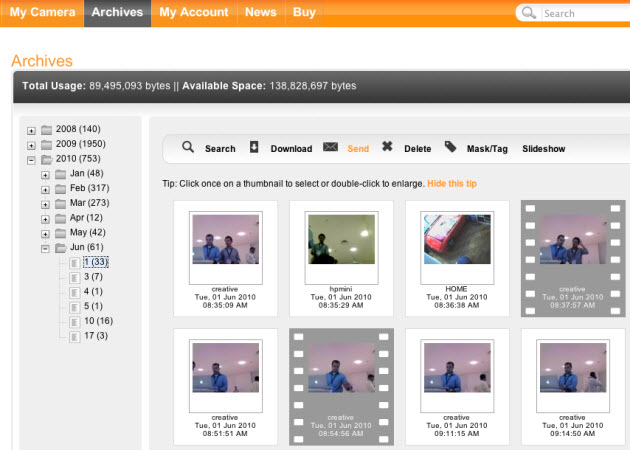