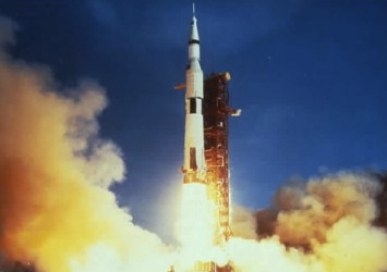 It’s been two weeks since the end of DEMO. I’m awestruck by the experience, both by all of the incredibly talented people that convened there in San Diego, and by the traction 70 entrepreneurs were able to get during those short few days.

Thank you to all of the people who came and make it such a terrific event.

I’ll talk about highlights shortly, but now it’s time to to start it all over again. We’re already gearing up for the next DEMO. I have to admit, this is going to be a different hat for me; I’m used to wearing the hat of hard-nosed reporter. But it’s turning out to be a lot of fun.

If you’re an entrepreneur with a product you’d like to demonstrate (or pitch as an Alphapitch) at the next DEMO, to be held in March 23-23 in Palm Springs, California, you should sign up soon!

During this DEMO, we had to put some companies on a waiting list. Even some qualified companies couldn’t make it in. So don’t wait around. Set up an appointment to meet with me in San Francisco, because I’m eager to get started. Or if you’re not local, our cross-country tour is now kicking into gear again, starting with an evening of cocktails at the VOX bar in Boston on Oct 22. Please join us. If you’re one of the first 40 folks to show up, you’ll get a free drink (but register here). I’ll be announcing other regional stops soon.

Back to the DEMO experience in San Diego. I’ve pored over the feedback from demonstrators. One remarkable factoid: Every single company that filled out a survey was satisfied. Not a single company said they were dissatisfied. Mostly, they cited the credibility of the event, the networking with VCs and corporate development executives, and the press they got out of it.

Thankfully, it wasn’t all work; there were laughs too. One of my favorite memories was the launch by French entrepreneur Micha Benoliel, chief executive of Digitrad Communications. When he went on stage, he was so pumped up he literally screamed out his introduction. After he was done, he ran out of the conference hall, and across the street, yelling “I did it!”

To witness the stress these entrepreneurs undergo beforehand, and then the amazing adrenalin they get during the demo, and to see the tangible results afterward — there’s just nothing like it.

Shion Deysarkar, chief executive of 80legs (pictured above), has written up a good overview of what it’s like to launch at DEMO. He covers the nerve-wracking lead-up, the presentation itself, and finally, the results he got. Here’s an excerpt:

When I woke up the next day, I saw several hundred emails, about 300 tweets referring to 80legs and dozens of articles discussing us… Here are some quick stats showing how well we did on this front:

At left is a chart of his traffic. Notably, DEMO also gave him feedback that helped change his business model. A number of companies reached out and asked for customized services on top of 80legs. So now 80legs is going to help them either build customized products that are powered by 80legs, or 80Apps that run within 80legs. The company had originally expected third-party companies to build these services and products themselves.

There were a ton of other testimonies. The folks from TwirlTV reported a surge in traffic helped by a prominent article in USA Today after DEMO. They also scored CBS TV as a founding sponsor advertiser. Noam Bardin, of traffic application site Waze, said DEMO helped push his app to #4 in the navigation category on the iPhone.

Here are a few other quotes:

“DEMO has been a valuable and delightful experience. A chance to make deep connections with influencers, active investors and other presenters. A better place to announce for an early stage enterprise company than just another tradeshow.” — Vitaly M. Golomb, CEO, Keen Systems, Inc.

“DEMO is a great brand for launching new technology. We are extremely happy with the PR exposure that DEMO made possible. The AlphaPitch was the perfect opportunity for a bootstrapping company like ours to stand out without stretching our budget.” — Ringful.com Team

“Top to bottom this conference rocked. The group of presenters and attendees were great, the events were incredibly fun and the DEMO staff works harder than a one-legged man in an ass-kicking contest to deliver a great experience. I will definitely be making it back to DEMO in the future.” — Chase Garbarino Co-founder and CEO, Pinyadda Inc.

“DEMO was absolutely one of the greatest venues I’ve ever participated in. Classy, Intellectual, and just down right legit. You’d be silly to launch anywhere else.” — Tom Serres, Founder and CEO of Piryx.

Can’t wait to do this again. See you in March. Deadline for application is January 18, 2010! Oh, and we’re going to use #DEMO to carry on the conversation on Twitter.