Large web companies like Google, MySpace and Facebook are rolling out ways for other web sites to access their user data, and the full force of these moves hasn’t hit home yet for the corporate world, let alone for us as individuals.

At DEMO next week in Palm Springs, Calif. we’ll be examining the significance of the latest efforts by these players. Some of the features these companies will show off at DEMO have not been previously released. 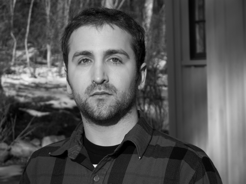 Presenters include Max Engel, product leader for MySpace’s MySpaceID, Dave Morin, senior platform manager for Facebook, Kevin Marks, an evangelist of Google’s third-party developer initiatives and Joseph Smarr, chief platform architect for Plaxo and a pioneer in developing data-sharing technology standards. After their presentations, we’ll break into a 20-minute conversation. The session will be moderated by VentureBeat’s own Eric Eldon, who has been following this area closely. (Photos of the aforementioned folks, in chronological order.)

This is just one of three thematic discussions we’ve organized for DEMO as part our new partnership. They each focus on trends we think are crucial for decision-makers at DEMO to be aware of this year.

To understand the significance of this data sharing, take a look at the ruckus last week surrounding Facebook’s move to assert legal ownership over user data. The controversy centered on privacy and the rights users have over their own data. However, missed in that debate were the reasons Facebook decided to make the move in the first place. By legally owning user data, Facebook was making sure it was on safe ground to start setting the policies and terms for sharing that data with its partners. 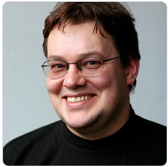 Why is this so profound? Well, Facebook could potentially touch every company in the economy. Essentially, it intends to become the social profile “operating system” that all other companies run on. Just think of what this will mean. Not only could VentureBeat, for example, heartily welcome users logging in through their Facebook accounts, but by using sufficient protocols and safety steps (including opt-ins from users), we could seamlessly and dynamically serve all kinds of other information that is useful to them. We wouldn’t have to build our own database of users. We could rely on Facebook, because it has already done all the work. For example, if a reader uses a specific stock-trading application within Facebook, our back-end at VentureBeat would know that. So when we write an article about say, Intel’s release of a promising new chip for mobile phones, a user could instantly buy Intel stock in a secure way from within VentureBeat’s site itself, because we’d dynamically call upon the trading application to help them do so. 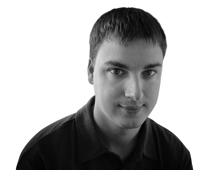 The above example is futuristic for now — but it’s where the industry is headed, and it has huge ramifications for businesses today. We’re talking potentially a multi-billion dollar market disruption to industries ranging from CRM to advertising.

Facebook — as the other panelists will make clear — is hardly the only company working hard in this area. Myspace, Google, Plaxo and others are gathering rich data about their users, making it easier for the rest of the web to gather such extensive data without significant effort. The trend towards more open access to data means proprietary user information will be commoditized on some level (we’ll all have overlapping information coming from Facebook, Myspace and Google about our users). To stay in business, every company will have to keep providing key value to users in unique ways. 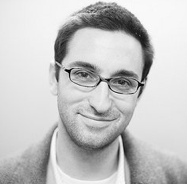 Then, of course, there have to be ways for businesses to gather their own user information and add it to their Facebook/Google/Myspace profile operating system. So now we’ve come full circle back to why Facebook’s terms of service are such a big deal. All the players are fighting over how exactly to share user data, including what sort of policy layers other companies can add on top, and how much of it they can own. Likewise, of course, Facebook et al. are in a land-grab over how much they own.

I’m really looking forward to this discussion, because it’s one of the most significant trends we’ll all be facing this year.

The session is part of the “DEMObeat” portion of DEMO that VentureBeat will be hosting on the afternoon of March 3. Tickets are still available.

Also, for those interested, Eric will be moderating a related panel at the South By Southwest conference in Austin, Texas, next month.