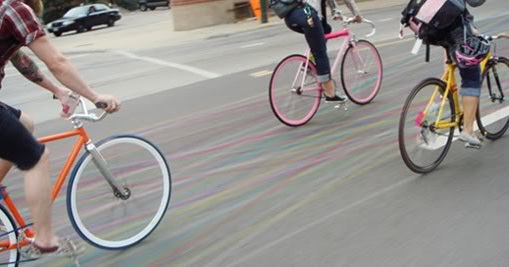 A couple of weeks ago CNN Money wrote an article on seven cities they thought would be thriving as startup hubs in the future. On this list was the capital of Denmark – Copenhagen.

And there is a lot of promising potential in Copenhagen. Besides some groundbreaking technical developments such as Ruby on Rails, which was made by Dane David Heinemeier Hansson, C++ made by Bjarne Stroustrup, PHP by Rasmus Lerdorf and partially Danish Skype, co-working spaces such as Founders’ House are starting to appear.

That the first cycle of Startupbootcamp was in Copenhagen in 2010 also shows that someone thinks there is potential in the ecosystem in Denmark. Applications are now open for the third round of the accelerator, which is located in Nokia’s local headquarters.

And innovation isn’t dead outside of Copenhagen. Many of the universities have student incubators that offer everything from courses to actual co-working spaces with mentors, coaches, and coffee ad libitum.

Here’s a list of five Denmark-based startups worth watching:

Everplaces is often called the ‘Pinterest for the real world.’ The app lets you save places you like, plan to revisit, or want to share with people you know. There is a great focus on design and user experience. The app is only available for iOS at the moment and is used in 90 countries.

The latest development from the company is its win of the Qualcomm Venture’s Seed investment prize, a cool €100k. Almost all previous winners of this prize later secured Series A funding.

AppHarbor was part of the winter 2011 cycle of Y Combinator.  It’s like Hekoru for .NET, supporting applications running there. This means developers don’t have to spend time patching servers.

According to TechCrunch, AppHarbor is Azure without the limitations.

IconFinder offers an online marketplace for icons to use in any application. This June the Danish investment fund VF Venture invested $1.5 million in the company, enabling it to continue its quest to gain users from, among others, Google. Last month IconFinder had 2.2. million users, partly due to its SEO. Many image searches on Google will direct you to IconFinder.

Ge.tt offers realtime filesharing in the browser. There is no waiting time with Ge.tt. As soon as you shared the file you get a URL that you can share with whoever you would want to – they don’t need an account. There is a free version and a premium version, which includes more space. Skype co-founder Niklas Zennström’s venture capital firm Atomico is an investor.

Around 9 million files are shared by nearly 1 million users through the service, and users don’t even have to sign up to use it. The latest feature is an add-on button for Twitter – so you can share files directly when you tweet.

A  very ambitious company, Click a Taxi has an app to let you easily order cabs. Presently in use in Scandinavia, The United Kingdom, Ireland, Poland, and Ukraine, Click a Taxi has its mind set on expanding in Western Europe and reaching the USA by the end of 2012. The idea is that it should be easy to find a taxi no matter what city or country you are in. This makes business travelling just that bit easier.

A version of this story previously appeared on VentureVillage, VentureBeat’s Europe-based syndication partner.