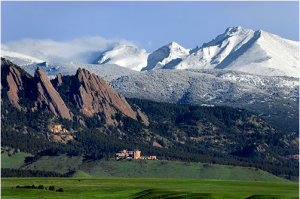 Are you in the Boulder, Colorado area and have the next big disruptive tech idea?

If so, you’ll want to apply to join a special meetup we are hosting with one of Boulder’s most respected venture capitalists, Foundry Group.

Here are the details: We’re inviting 10 companies who plan to launch products soon to pitch their ideas to a few key members at Foundry as well as to me (as DEMO Executive Producer, I select the companies to present at DEMO) on Wednesday, February 8. Ideally, we’re looking for companies contemplating launching products at DEMO Spring (held April 17-19 in the Silicon Valley), or in Fall (date TBA).

Of course, as editor-in-chief of VentureBeat, I’m also on the prowl for great companies to write about too — so either way, I’m interested in meeting ambitious entrepreneurs.

We’ll also be co-hosting a party with AARP at the T-Zero Lounge from 6-8pm that evening, and the drinks will be on us. Register to attend here (AARP is also sponsoring full scholarships for three companies focused on the 50+ year-old market to launch DEMO Spring in April. If interested in that opportunity, apply here).

DEMO has become an incredible launch platform for startups, mid-level companies, and fully developed, publicly traded corporations to show off their new tech products to an audience of media, investors and other ecosystem players tracking innovation (many large Silicon Valley companies send their corporate or business development officers, for example). DEMO alumni recently hitting the news include Fusion-io, which went public this year, and SuccessFactors, which was just acquired by SAP for $3.4 billion. They add to the long list of successes that came out of DEMO, which include companies like Salesforce.com, VMWare, WebEx and Palm.

We’ve made a lot of changes to make DEMO even more compelling. A new scholarship program makes it free to attend for most early stage companies, and more affordable for later stage companies too (and we’re doing even more on that going forward). And we’re keeping the event in Silicon Valley, which we’ve found is helpful for most companies wanting to do deals and meetings while they’re here from out of town.

If you’re interested in presenting your ideas to the DEMO team and the members at Foundry, please fill out this form. If you’re selected, we will get in touch with you immediately to explain the details and provide further explanation.

We look forward to seeing you in Boulder!