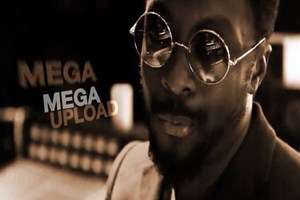 A strange confluence of events brought the question of how to deal with online piracy to the forefront of the American consciousness this week. Protests against the anti-piracy bills, SOPA and PIPA, were the major news of the day on Wednesday, with blackouts of big sites across the web. The very next day, MegaUpload, one of the largest sites allegedly enabling piracy on the internet, was shut down as the result of a two-year FBI investigation.

By taking unilateral action against a rogue site who’s owners were scattered across the globe, the DOJ showed that it doesn’t need new legislation like SOPA or PIPA to handle piracy. Advocates of the legislation have always said that piracy was costing America billions in jobs and endangering jobs. Stronger laws are needed, they argue, even if they might pose risks of censorship, chill investment in tech, and damage the fundamental architecture of the internet.

But the DOJ was able to rely on ProIP, a law passed back in 2008, in order to shut down MegaUpload and arrest seven of its founders. It also worked with the government of New Zealand, which denied bail to the four people arrested there, including the site’s infamous founder, Kim Dotcom. Extradition to the U.S. for trail is underway.

Of course, the debate over how best to deal with piracy is far from over. In response to the indictment of MegaUpload, the hacktivist group Anonymous took down the websites of the DOJ, the Motion Picture Association of America (MPAA), and the Recording Industry Association of America (RIAA) yesterday. And while MegaUpload and its partner sites, like MegaVideo, might seem like clear-cut villains, there is still a strong contingent that sees the sudden arrests of the MegaUpload executives as overreaching.

The comment thread on tech forum Hacker News provides a sample of this strain of thought. “It’s better to allow these sites to continue to exist and demand that they comply with the requests than take them down with the FBI or whatever law enforcement agency. The precedent is far too dangerous. Today it’s Megaupload, tomorrow it will be YouTube,” wrote user Kermit the Hermit.

A more informed opinion from Mike Masnick at TechDirt gets to the same core issue. “Why do we need SOPA/PIPA again? It seems like the DOJ/ICE just undermined the key argument of the MPAA/RIAA/US CoC for why they need these laws. After all, Megaupload was one of the key examples used for why the law was needed.” He also honed in on the fact that the arrest will only heighten the already tense debate around copyright and piracy. “Wow is the timing dumb on the government’s part. Not only does it undermine the argument for PIPA/SOPA, but it raises significant questions about whether or not the feds already have too much censorship power.”