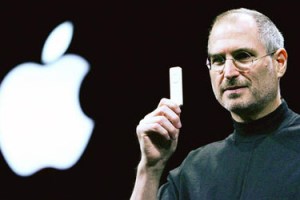 Federal investigators have talked to major music labels and Internet music companies about online music sales and, particularly, about Apple’s conduct in that market, according to a breaking New York Times report.

The investigation is separate from the Federal Trade Commission’s study of Apple’s App Store restrictions on software developers, and from the Justice Departments ongoing look into hiring practices at Apple and other tech giants.

According to reporter Brad Stone, “People briefed on the inquiries also said investigators had asked in particular about recent allegations that Apple had used its dominant market position to persuade music labels to refuse to give the online retailer Amazon.com exclusive access to soon-to-be released music.”

The Obama administration takes anti-trust issues seriously. The specific claims against Apple involve Amazon’s attempt to gain exclusive one-day-early access to new music releases by the major labels. Apple representatives, according to a report in Billboard magazine, “punished” labels that worked with Amazon by refusing to market the same songs on Apple’s iTunes Music Store.

Apple owns two-thirds of the online music market in America, according to NPD Group. Amazon, at 8 percent, sells less than one-eighth as much music as Apple.