Intel is laying off 12,000 employees and cutting back on unnecessary businesses. But it’s still investing in the Internet of Things, or making everyday objects smart and connected. 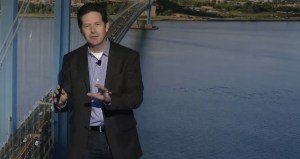 Intel chief executive Brian Krzanich recently stated that the many things — as many as 50 billion of them by 2020 — in IoT and the PC space are made much more valuable by their connection to the cloud, which Intel wants to target with its data center products. For Intel, the Internet of Things encompasses all smart devices that are connected to the cloud, meaning that anything that thing does can be captured as a piece of data, measured in real time, and accessed from anywhere. Making the Internet of Things ubiquitous is one of Intel’s main missions, said Doug Davis, senior vice president of Internet of Things at Intel, in an interview with VentureBeat.

He said that Krzanich has made it clear that Intel will continue to invest in products for IoT. Intel will be revealing more about the building blocks it has created for the Internet of Things at the Computex tech trade show in Taiwan this week. Intel will describe its first transportation IoT products based on Sofia, its system-on-a-chip device that has an integrated modem.

“We think this is going to grow to 50 billion devices and trillions of dollars of economic impact,” Davis said. “It will change the way we live and work. As we go out talking, we see more companies investing in it. We are making a transformation from a PC-oriented company to one that powers things that are connected to the cloud and everything necessary to make that happen.”

The industrial Internet of Things market is expected to be about $151 billion by 2020, according to market researcher Research and Markets. That includes infrastructure, software, processors, sensors, and other tech. Intel started in this market with traditional “embedded processors,” or older versions of its PC microprocessors that served as the brains of appliance-like devices. With IoT, those devices are also being equipped with sensors that collect data and connectivity to the Internet.

“We’ve seen how the markets have evolved,” Davis said. “We now use data to control things. There’s an opportunity to extract that data and make use of it. We call this phase, like connecting wind energy farms, ‘connecting the unconnected.'” 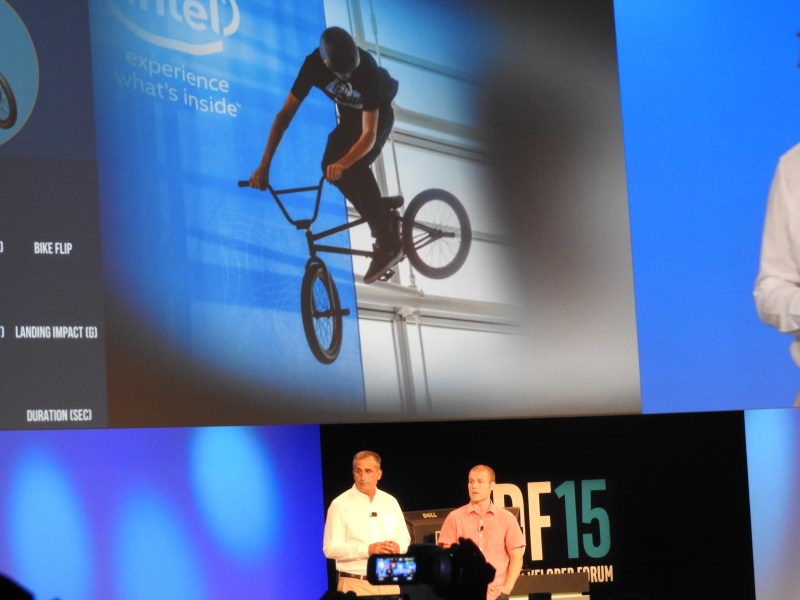 Above: Intel and BMX team up.

Over time, those things can become more software-defined and autonomous, Davis said.

“If you put enough compute and connectivity in a car, that car can become self-driven,” Davis said. “It can do self-diagnosis, and do advanced analytics for self-maintenance. It could even go as far as ordering the parts it needs for maintenance. We’ll see more things within factories that can move building blocks around based on autonomous vehicles within the factory.”

To prep for that day, Intel announced on Friday it had acquired computer vision startup Itseez for the Internet of Things and self-driving cars. Intel estimates that the market for 32-bit chips for the Internet of Things was something like a $13 billion market in 2015. Those are devices that have enough computing to handle a lot of the tasks necessary in a smart device. These devices will have LTE data connectivity now, and in the future they will be connected to 5G networks, Davis said.

These chips range from about $1 for chips that sit on top of a light pole to $1,000 for heavy-duty Internet of Things devices, such as those that go into medical devices or autonomous cars.

“This isn’t just the small chips that go into devices with coin-cell batteries like fitness trackers,” Davis said. 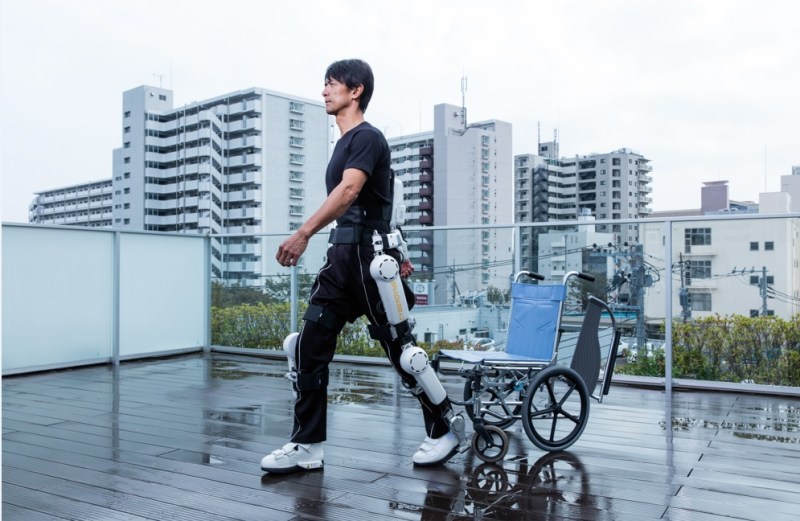 Above: A prosthetic limb enabled by Intel tech.

Intel plans to use IoT devices as a platform for software-defined networks and network function virtualization. That gives network operators the ability to deliver more cost-effective equipment and manage those networks as the needs change, Davis said.

“Once you get that data center in the cloud, we have technologies to support storage, memory, compute, and networking,” Davis said. “We have security built into our chips all the way back to the data center and the cloud.”

The new Sofia chip will be used to manage usage within the transportation industry. Customers can use it to find out how a vehicle is used and the insurance implications for that. Intel is also announcing a fifth-generation Wi-Fi home gateway product, and it will take those products into the market through retail.

As for self-driving cars, Davis said, “My confidence is real high. We’re going to see that market before the end of this decade. In 2020, or 2021, we’ll see that become more mainstream. The motivations are just huge. Americans alone spend 75 billion hours a year driving, Morgan Stanley said. That’s a staggering number. If you can make those self-driving vehicles, you could deliver $500 billion in productivity gains. From an Intel standpoint, we have a foundation today in infotainment platforms, the screen in the center of your dashboard.”

Intel is already shipping automotive electronics to a wide range of car makers from BMW to Toyota.

“We’ve have robust human-machine interface capabilities like 3D cameras that show what the driver or passenger are doing in the vehicle,” Davis said. “We are collaborating with LG for 5G telematics. We can do over-the-air updates. We are investing in functional safety and acquired Yogitech to do that. This is where we are investing in both compute and other building blocks for the end-to-end solution for cars.”

However you add it up, the Internet of Things will be a key growth driver for the future of Intel, Davis said.