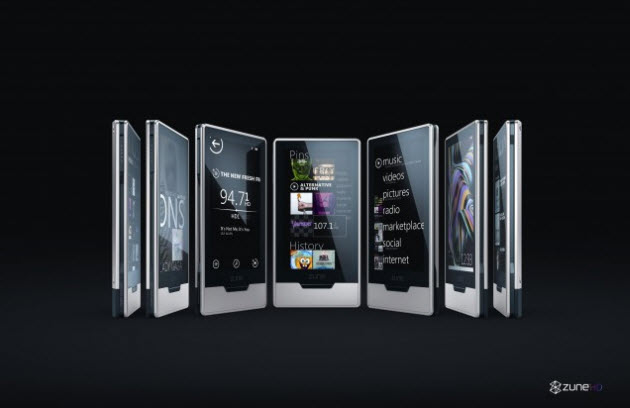 Last November, Jing Hua Wu, a test engineer who had been fired by his employer SiPort, walked back into the company’s headquarters in Santa Clara, Calif., and opened fire with a handgun. He allegedly killed Sid Agrawal, chief executive; Brian Pugh, vice president of operations; and Marilyn Lewis, human resources manager.

Police arrested Wu, who is awaiting trail for the triple murder. The SiPort employees were devastated by the attack, and their work understandably fell behind schedule. But through a strong effort, they still managed to finish the design for a remarkable chip: an HD Radio receiver for Microsoft Zune HD handheld media player that goes on sale today. 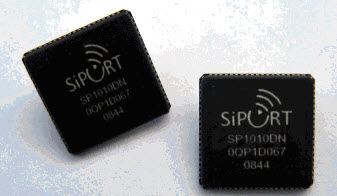 The SiPort chip is a single sliver of silicon that lets the Zune HD tune into HD radio signals that are broadcast in a wide variety of markets around the country. In addition to HD FM Radio music, users can use it get news, sports programming and talk shows with crystal clear digital sound — without the subscription fees of satellite radio. Microsoft is counting on the HD Radio feature to set its media apart from Apple’s iPod.

It’s an uphill battle. Microsoft has about 1 percent of the portable media player market. And HD Radio hasn’t exactlty been setting the world on fire. But that doesn’t diminish the accomplishment at SiPort, which in less than a year went from a blood-stained campus to shipping its first major chips for a marquee customer.

SiPort was founded in 2004 to put radios and high-speed digital logic on the same chip. That is easier said than done. Radio signals have a tendency to play havoc with nearby electrical circuits, causing interference. They have to be shielded in some fashion, which often requires the expense of putting them on separate chips.

SiPort’s team of engineers had the “mixed signal,” or analog and digital, expertise to tackle the problem. Analog engineers are hard to find because most of them have been trained in more modern digital electronics engineering. But SiPort assembled a team of veterans to deal with multi-disciplinary problems. The skill of the team allowed the company to raise more than $32 million over two rounds of funding.

The team designed a chip with a radio-frequency receiver, with two digital processors, and other components. They did so by creating a good floor plan, or schematic of the chip layout, in an attempt to keep the noise-prone digital circuits away from the radio. They tuned a bunch of the components to strike a balance of the different engineering trade-offs, said Sunder Velamuri, vice president of marketing at SiPort, in an interview.

The team focused on keeping power consumption low and creating the best algorithms, or mathematical formulas, to squeeze out optimal radio sensitivity per watt of power. The company created its first working prototype chips in January, 2008. The chip operated on 100 milliwatts of power, while rivals were over 2 watts. But the company had no major customers and decided to move to a new generation design without going into production on the first one.

Then the company approached Microsoft’s Zune team in the early 2008 about including an HD Radio chip in the upcoming product line-up. Microsoft’s own engineers were in the midst of redesigning the Zune media players, which already had FM analog radios. At first, Velamuri said, the value of the HD Radio wasn’t well understood. But the SiPort team pointed out the benefits of this new kind of radio, which lets you pause a song, rewind it, tag it, and designate it for purchase later. It had to do all that, but still allow the Zune HD to have ten hours of battery life.

“It was taking radio into the 21st century,” Velamuri said.

The cost of adding the HD Radio function wasn’t huge: about $7. And the chips could be adapted to operate on a variety of HD Radio frequencies around the world. The Microsoft engineers came around and commissioned SiPort to do its second-generation chip. In April, 2008, SiPort went to work. They worked with Microsoft to define the new chip’s details and started on the formal design by the fall of 2008. It wasn’t an easy job for 40 employees.

Then came the murders. The staff was traumatized. Since no one wanted to return to work at the headquarters, the company’s landlord allowed the company to move to another nearby location. Microsoft’s engineers worked with SiPort, even though the SiPort team fell behind on some milestones in finishing the chip design.

“November was a very difficult time of grief, shock, anger and so many feelings that we went through,” Velamuri said. “But we didn’t lose a single person from our team after it happened. We stuck together.”

Aiman Kabakibo, the founder of the company, took over as CEO. An outpouring of support came from partners, like Intel, which is an investor in SiPort. Media consultants were hired to deal with the avalanche of press coverage. One of the big facts that initial reports got wrong was that Jin Hua Wu, the fired engineer, had been laid off along with other employees. In fact, SiPort never had a layoff.

The team pulled together on a tight schedule. It had to work to resolve compatibility issues with Nvidia, which made the Tegra microprocessor — the chief computing and graphics engine of the Zune HD. SiPort used a contract manufacturer to make the chip.

By some miracle, the engineers finished the chip in the March-April time frame, just a year after the initial design win and in spite of the subsequent chaos. The chips went through revisions in May and production began in June. Revenues started coming in for the SP1010 chip at that time. The production moved to an overseas factory and everything came in on deadline. The chips worked. 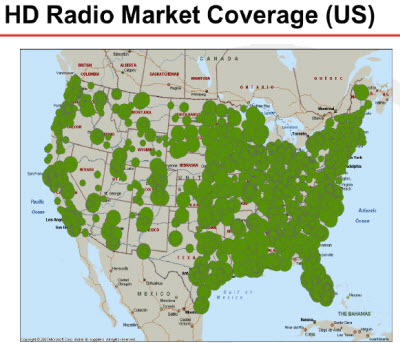 SiPort is moving on to work for a handful of other HD Radio chip customers. It is doing work for LG Electronics, for instance. But the Zune HD is a major bet. HD Radio is slowly gaining acceptance, and coverage is now good across much of the nation (see map).

Velamuri said that his company would love to sell HD Radio chips to Apple, which has about 73 percent of the market with the iPod. But there is no sign that is going to happen. For now, SiPort can celebrate the fact that it crossed a finish line by completing a chip that could have been completely derailed by the murders of three key people in the company. Velamuri said the company employees have plans to honor their fallen executives once the Zune HD goes on sale.