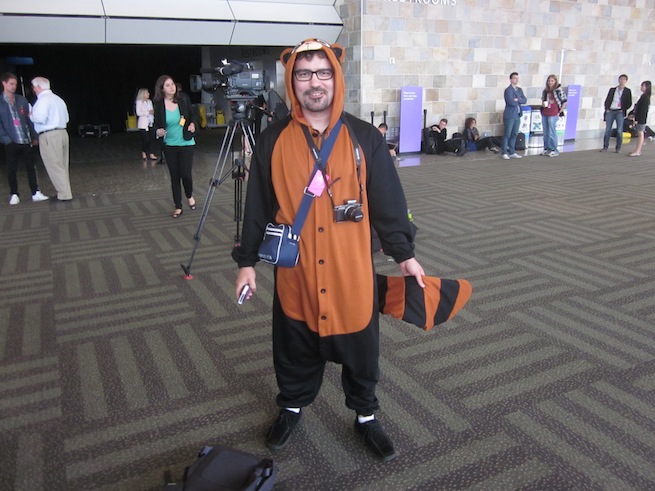 Apple delivered on new products and developer tools at its Worldwide Developer Conference opening yesterday. But despite announcements like a completely redesigned iOS or the new Mac Pro, attendees were missing that “one last thing.”

After the keynote speech given by Apple’s top executives, we chatted with attendees to get their opinion on Apple’s new products. Beyond the Mac Pro and new iOS 7, Apple also introduced a new line of Macbook Air laptops, its latest Mac operating system, and a Pandora competitor called iTunes Radio; it also opened up 1,500 new application programming interfaces for developers.

Many say there were “holes” left by the keynote, others challenged that notion saying people just don’t understand developer tools.

Read on for their thoughts:

“I really I like the updates. I expected more. I was a little underwhelmed by the iOS 7 changes, but I’m going to withhold judgement until I see what’s in the 1,500 developer APIs because that’s really what I care about.” – Jay Al Hashal, mobile product development manager, Zillow 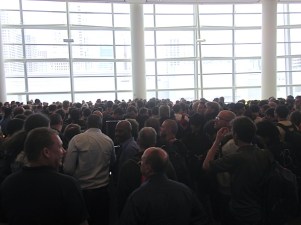 “The Mac Pro was probably the biggest shock. I mean, everybody expected there would be an update. But I think it’s still bigger than what most people expected.” – Tracy Keeling, Software Engineer, Zillow

“We’ve been attending WWDC since 2008, every year, and this year was just new skin, new styling, but features compared to Google’s Android operating system are really disappointing. … It’s just a combination of features from other operating systems, especially the multitasking. We’ve seen it before a few years ago on WebOS, and it’s also a little bit disappointing that there was no Apple TV SDK [software development kit] released, which we’ve been hoping for for a few years now.” – Nils Kassube, director of development, Newscope GmbH

“Apple TV SDK [is missing] for sure. … Then integration for developers into sharing between the apps is missing. I think it’s not a major release, it’s a minor release, only for the design for iOS, and not a big feature release. — Alexander Köhn, director of product management, Newscope GmbH

“There wasn’t anything big? This was huge! I think it was huge, really. It’s gonna make such a difference. I don’t know if you reacted when they said we’re going to have automatic updates. That’s something that the users might not think of as a big deal, but us app developers really want that because sometimes it’s difficult for us to have to maintain servers supporting three versions back because some users just don’t update their apps. So, it’s a really big thing for us as app developers and something Android had for a long time.” – Mio Nilsson, senior iOS developer, Ustwo, seen in the picture above dressed as a raccoon

“I was still kind of hoping for a little more, was hoping for a ‘one last thing,’ but nothing ever came through, so. … I mean I’m sure we’re going to see new iPhones and iPads, they’re going to have their own events, but because I’m here, I would have liked to see them here.” – Kris, an app designer

“This time it’s different with a lot of services instead of products, with new iOS, it’s amazing. I’m impressed by the new iOS because, there’s a huge work. I love what Jony Ive did. Actually, we had bad news because we have also flashlight app.” – Maurizio Cremaschi, co-founder, Flubber Media

Unfortunately for Cremaschi, Apple released its own flashlight app as a part of iOS 7.

“There are some obvious holes in nothing [released for] TV. I think that there are some big opportunities in there that they’re not moving in on. I think [not realeasing the Apple TV SDK] was a big mistake. I shouldn’t say mistake, I just hope they’re headed in that direction and when they do, I think it’s going to be amazing. You know, we have to give Apple a little credit to get us there when it’s ready, but it’s time. The refresh, keeping the user base exciting, that’s going to be the biggest thing to keep our apps moving.” – Doug Woods, independent developer, Dev Helper