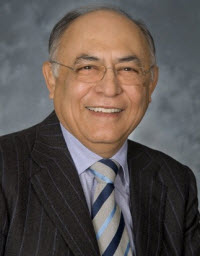 If true, it’s a huge scandal that will stain the record of a statesman of the chip industry. Journalists started probing into the possibility after the U.S. Attorney’s office in New York alleged that an unnamed AMD executive shared secrets about the chip manufacturer with one of the defendants named in a criminal insider trading complaint.

The Wall Street Journal said that Ruiz, who is not a defendant in the case, did not return calls for comment. The newspaper also said that a lawyer for Danielle Chiesi, the defendant who Ruiz allegedly tipped off, declined to comment.

The new revelation ties Ruiz to the case of Raj Rajaratnam, co-founder of the hedge-fund firm Galleon Group, and five others who have been hit with criminal and civil charges. Ruiz allegedly told Chiesi (at New Castle) in 2008 about a splitting of AMD into two different companies, one focused on design, the other on manufacturing, before it happened. Ruiz became chairman of Globalfoundries, which is the manufacturing entity that spun out of AMD.

Globalfoundries declined to comment to the WSJ, while Drew Prairie, an AMD spokesman, told the newspaper, “We are thoroughly reviewing the situation, but at this time we don’t have any more detail to discuss publicly. We are not aware of any allegation of criminal misconduct on the part of any current or former AMD employees, nor have any current or former AMD employees been charged with a crime.”

Both Galleon and New Castle bought shares of AMD before the deal was announced on Oct. 7, 2008. For all of the skullduggery, neither made money because the stock market tanked.

If it’s true that Ruiz disclosed confidential information, it would put a lot of heat on a widely admired man. Ruiz grew up impoverished in Mexico, earned a doctorate in electrical engineering, and rose through the ranks at Texas Instruments and Motorola. He joined AMD in 2000 and was named CEO of AMD in 2002. He left a huge mark on the company, acquiring graphics chip maker ATI Technologies and railing against Intel in a bitter antitrust suit.