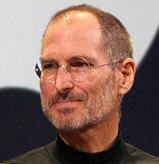 After a period in which iPhone app developers were allowed to create apps that worked with Google Voice — an all-automated system that manages voicemail and call routing for multiple phones, as well as automated transcription from voicemail to text — Apple has abruptly removed Google Voice apps from its App Store. Beyond removing apps written by part-timers, Apple also rejected an official Google Voice app created at Google.

“Richard Chipman from Apple just called,” part-time Apple app developer Sean Kovacs wrote on his blog yesterday. Kovacs developed the GV Mobile app that brings together telephony, SMS, voicemail management and multiple phone management to a single iPhone app. He continued, “[Chipman] told me they’re removing GV Mobile from the App Store due to it duplicating features that the iPhone comes with (Dialer, SMS, etc). He didn’t actually specify which features, although I assume the whole app in general. He wouldn’t send a confirmation email either — too scared I would post it. ” 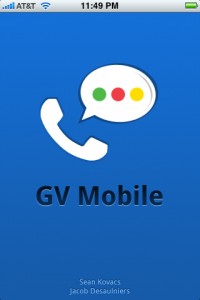 TechCrunch reporter Jason Kincaid posted an opinionated report Monday night that criticized Apple. “GV Mobile taps into a service that is entirely different from the iPhone’s native dialer,” he wrote, “making Google Voice far easier to use than it normally is.”

This morning, Engadget writer Ross Miller added that “Google’s official Voice app was flat-out rejected by Cupertino,” and that Kovacs’ GV Mobile “was originally approved by [Apple head of marketing] Phil Schiller himself.”

If Schiller, who reports directly to Apple CEO Steve Jobs, approved the app that’s now been removed, there’s an obvious speculation: After his liver transplant, Jobs is back on the job, and he wants Google Voice apps gone.