A month ago, popular news aggregator Digg underwent a redesign that many describe as disastrous. Now, despite bad press, site bugs, and a traffic collapse, the company is trying to put a good face on its current state. It sent letters to publishers this week in an attempt to calm them during what many say is a drop in referral traffic.

Time, The Washington Post, TechCrunch and many other publishers have found Digg traffic to be beneficial over the years, and in some cases they’ve actually relied on it to meet traffic goals and have paid people to Digg their articles. This week, a traffic report from Hitwise emerged claiming the site’s traffic had plummeted 34 percent in the UK and 26 percent in the U.S. since the version 4 redesign debuted in the last week of August. There are reasons to believe much of that traffic may have migrated to Digg competitor Reddit. Multiple publishers have confirmed that the referral traffic from the site has dropped off, or a the very least, is not behaving as it once did.

“We received 11,000 unique visitors from one piece of content. The same thing would have gotten us twice as much in the past,” said a manager at one publisher who declined to be identified. “Based on the overall change in referral traffic — it’s still decent — but it seems to be about 60 to 70 percent of what it was. My gut is that it’s going to get better.”

Not everyone’s seeing the same drop since August, though. “It seems as if the traffic is really all over the place,” said said Amy Vernon, director of viral marketing strategies for BlueGlass Interactive. “To be honest, it had seemed traffic from Digg had practically fallen off a cliff earlier in the year and had just begun rebounding in the past couple months. I’ve heard some publishers excited about the traffic numbers they’re seeing — bigger than in quite some time — and others bemoaning the loss. I think it probably depends on the type of submission, the topic, the time of day — all the factors that always played a part. But with the influx of new Digg users, some of those factors may have changed and the content that didn’t hit big before is [doing so] now, and the content that did isn’t finding as wide an audience.”

The letter Digg sent out to publishers went out Wednesday and was written by Mike Cieri of the site’s product management team. “Overall traffic on Digg experienced a dip in the first two weeks following launch but is now back on the rise,” Cieri said. “In turn, some publishers we’ve talked to have reported a slight drop in traffic from Digg. Other publishers, especially those that have been most successful in signing up ‘followers’ — Digg readers who invite that publisher’s content into his/her My News — have experienced as much, if not more traffic from the new Digg.” The company also wants to hear from publishers about any problems they might be experiencing, Cieri said.

The claim appears to fly in the face of the Hitwise statistics and publisher accounts. Some of the site’s old power users, who help run publisher accounts at this point, bristled at Cieri’s claim. “Many of the core users, people who submitted and dugg every single day, have abandoned the site,” said longtime digger Cecil Helton. “And getting them back isn’t easy. There has been a slow trickle of both the casual and core users coming back. But it will continue to be an uphill climb. They also were greeted to nothing but stories from huge publishers, like Mashable and Techcrunch and even Google Buzzes posted by Leo Laporte, which should have never have hit Top News on Digg, let alone have been submitted in the first place. At one point, Mashable had 11 of the 16 stories on the front page.”

Digg may be taking steps to solve some of these issues. A team is developing a “product road map” for the future. It supposedly includes possible “features to drive engagement by ensuring users are finding publishers’ content of interest.”

“It’s been nearly a month since the launch of v4 and, after a bumpy start, we are now in a great place to start innovating and building features on Digg that help publishers drive high-value traffic to their site,” Cieri said. 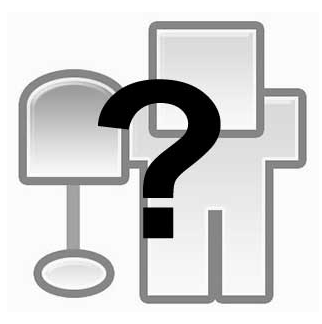 Cieri’s letter included a note about the improving performance of the Digg widgets and buttons populating many of the Web’s better-known publishers. Those tools had not been working properly during the first weeks of v4’s public existence. Cieri encouraged publishers to reintegrate their buttons if they had not already done so.

Such problems are indicative of a slew of site bugs that continue to litter the user experience. Some pages struggle to load. Many submissions give inaccurate indications of when they were launched. Some submissions disappear periodically from the site’s Upcoming section, which itself has only been in existence for a few weeks. The section was a popular feature of version 3. There had been a user outcry for its return when it did not debut as part of version 4.

“I personally love Digg,” said Helton. “Even v4 has things I enjoy, although it still lags in functionality, stability, usability and diversity compared to the previous version.”

“They’re doing the best they can, that’s fairly obvious. But they have a ways to go — and I don’t know if they can get their swagger back,” said a power user who didn’t want to be named. “I’ve been a heavy Digg user for years. This has been the worst month I’ve seen for them. They screwed the pooch, despite all the warnings that they received. I’m a big fan of [Digg founder] Kevin Rose and all he’s done, but this decision either shows he doesn’t understand what makes his site popular, or he just doesn’t care at this point.”

You can find VentureBeat.com on Digg here.