AR/VR investment records fell last year as startups raised over $3 billion in 28 categories we track including over $1.5 billion in Q4 2017 alone. Perhaps the most surprising thing was Magic Leap, the bellwether of big AR/VR rounds, becoming slightly less mythical by finally revealing its product and taking less than a fifth of all the money raised in 2017. Who knew that could happen? 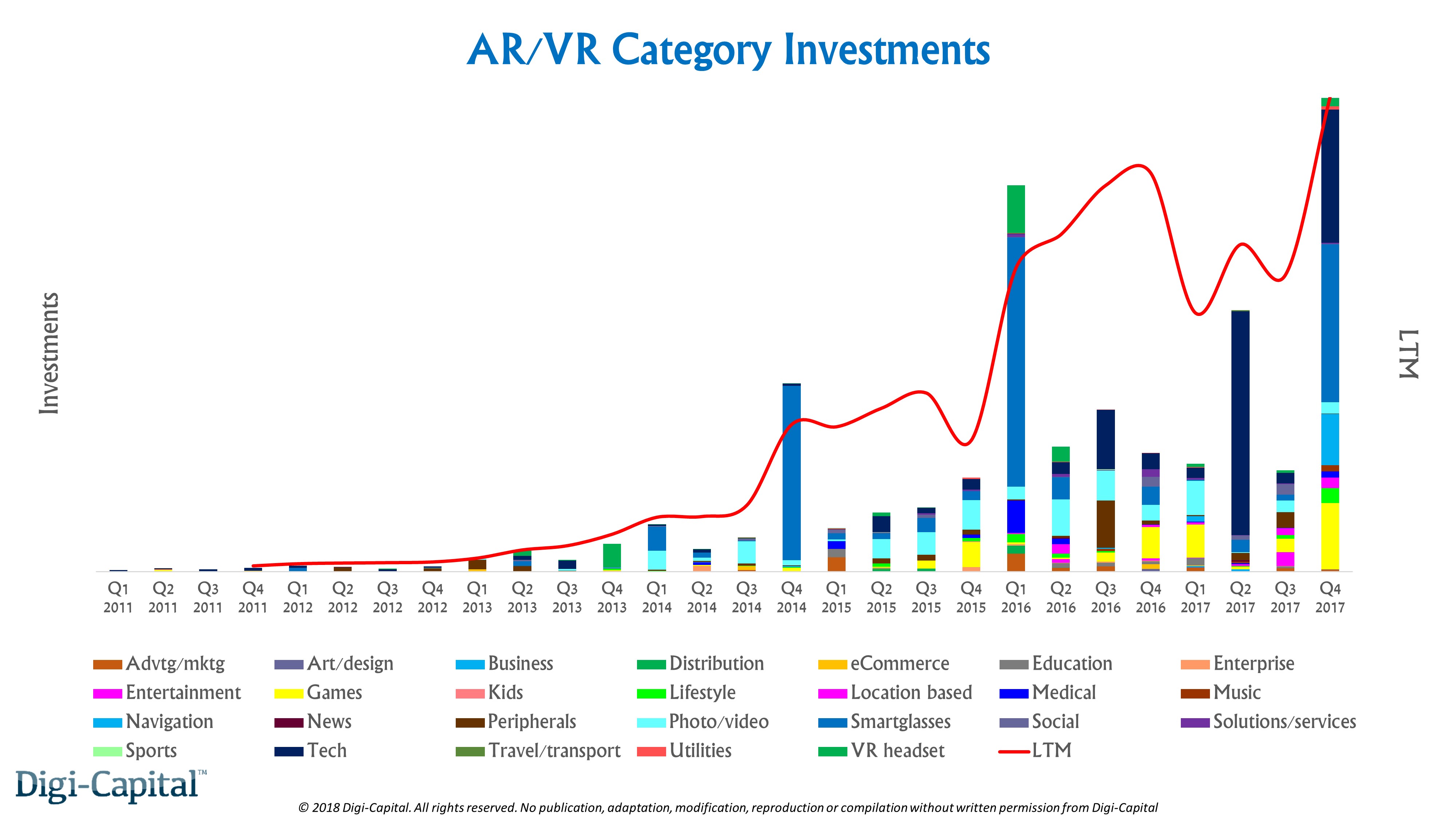 AR/VR core tech saw around $4 of every $10 invested, with some of the standouts being scalable immersive worlds tech developer Improbable (now that’s ironic) raising half a billion dollars, and graphics engine developer Unity taking in another $200 million.

Smartglasses took just under a fifth of all the money raised, dominated by the latest Magic Leap monster round of half a billion dollars. Mobile AR games leader Niantic (of Pokémon Go fame) raised $200 million, which helped the games category take a bit over one-tenth of the cash. Smaller AR/VR games developers raised nearly 40 early stage rounds in Niantic’s wake, so Pikachu is helping spread the wealth.

Other categories taking single digit percentage shares of the funds were AR/VR photo/video, navigation, peripherals, location-based, lifestyle, social and entertainment. However, the scale of investments in those sectors was not the same as the big three of AR/VR tech, smartglasses, and games. 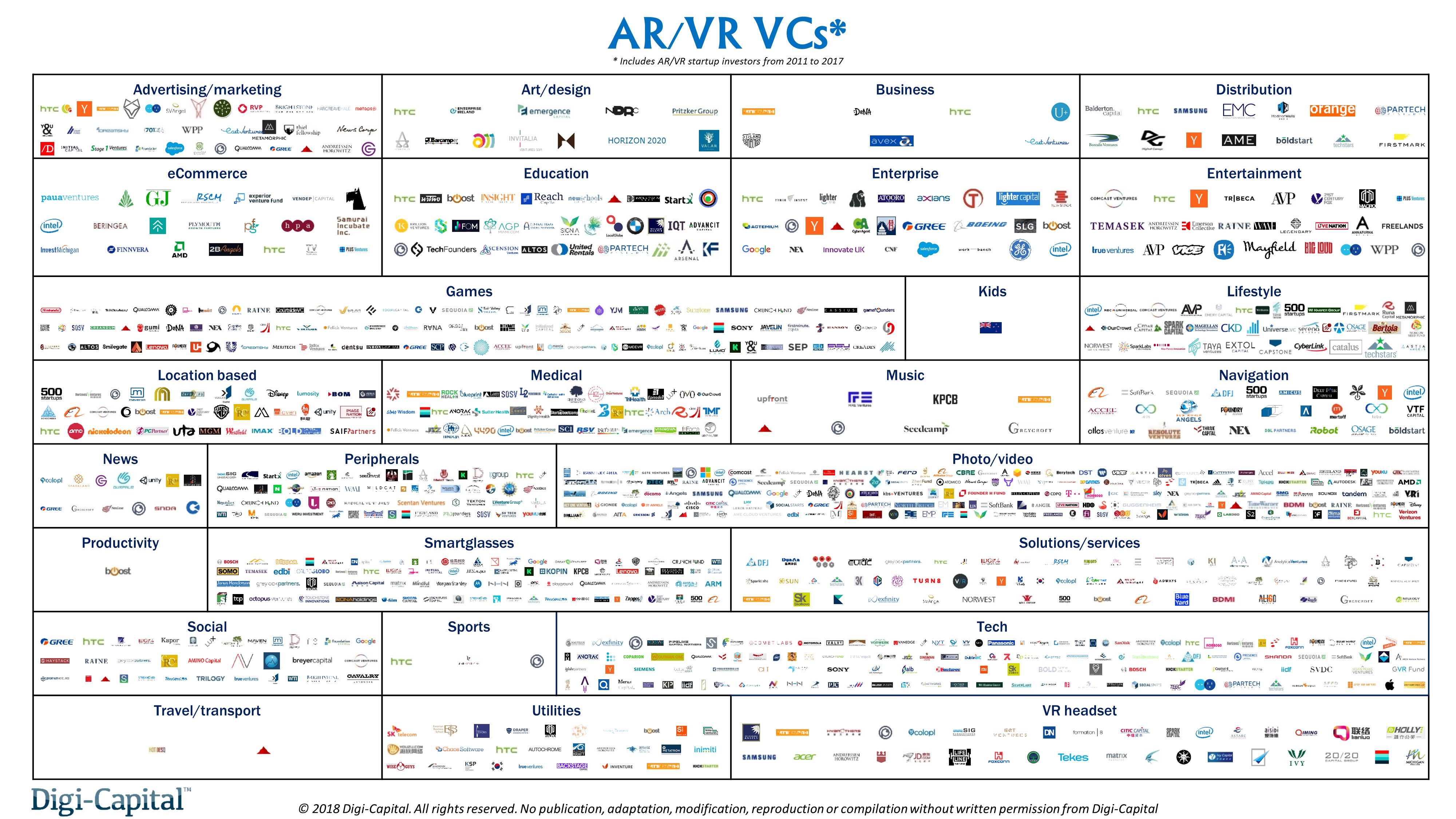 Above: The VCs involved in AR/VR investment. (right-click to expand)

Last year also saw a sea change in terms of VC behavior, driven in no small part by the rise of mobile AR and the more advanced stage of computer vision/machine learning (CV/ML). That shift saw VCs cooling on VR in the first half of the year, with a number of startups pivoting to where the money is commercially and for fundraising.

Digi-Capital interviewed nearly 30 leading Sand Hill Road and Chinese VCs in the fourth quarter, and strong themes emerged on how VCs are thinking and investing around AR/VR today:

The AR/VR market (particular mobile AR and smartglasses) is at the earliest stages of what it could become, and seasoned early stage investors know that it will take time to scale. So despite recent AR/VR investment records, the first half of this year will demonstrate whether or not that trend will continue. Roll on 2018.