DigiLens recently raised a bunch of money, and now, it’s starting to reveal some of the holographic waveguide display technology for augmented reality applications.

The Sunnyvale, California-based startup is showing its new Crystal AR glasses prototype and its heads-up display for smart cars at CES 2019, the big tech trade show in Las Vegas this week. I saw the demo at the company’s headquarters last week, and it involves a pretty light pair of transparent glasses, connected by a USB-C cable to a smartphone in your pocket. It works indoors or outdoors.

DigiLens makes holographic waveguide displays. It stands apart because its displays are nearly transparent, and they’re light. Chris Pickett, CEO of DigiLens, said in an interview with VentureBeat that the glasses using DigiLens products could sell for $500 — or as much as five to 10 times less than rival products on the market like the Magic Leap One Creator Edition or Microsoft HoloLens. 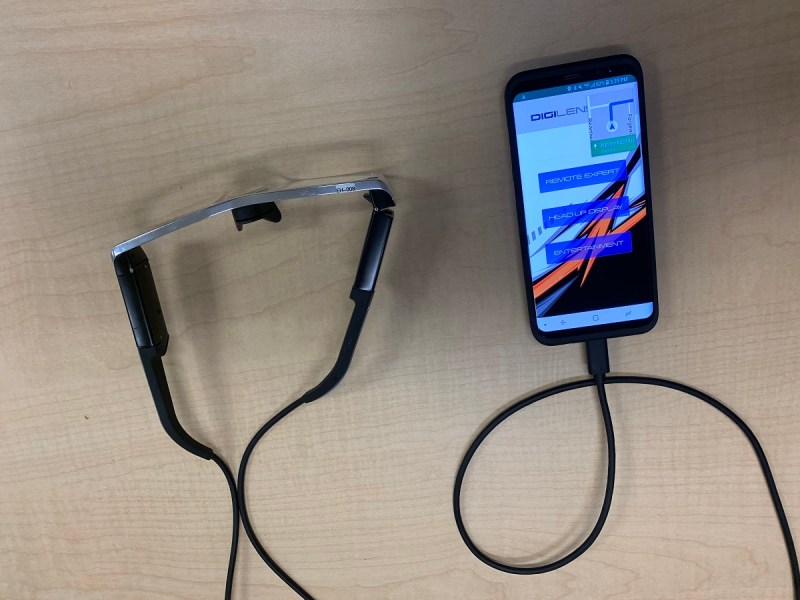 Above: DigiLens AR glasses are connected via USB-C to a smartphone.

Picket said this is why the company was able to raise a new round of funding from Pokémon Go maker Niantic and Mitsubishi Chemical’s Diamond Edge Ventures to develop holographic waveguide displays for augmented reality applications. Terms of that deal were not disclosed, but previously, DigiLens raised $25 million in May from Germany’s Continental, a tech company interested in automotive applications for holographic displays. At that point, the company had raised $60 million.

“We are building our infrastructure, so we can enter multiple markets at the same time,” Pickett said. 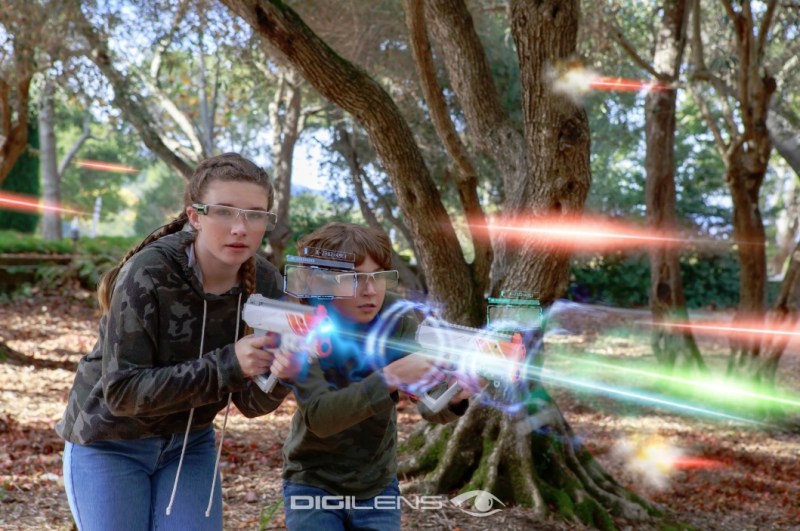 The new relationship with Mitsubishi Chemical will result in first-of-its-kind plastic material for “high refractive” waveguide displays that will be lighter, less expensive and nearly unbreakable, which is especially important for eyeglass thin smart glasses and displays for smart helmets, Pickett said.

“I think AR is going to have the biggest impact in an automobile,” said Tim Bajarin, analyst at Creative Strategies International, in an interview. “As you drive and get real data on your screen, it changes the driving experience. That’s especially true if you are in a self-driving car.”

Pickett said that the Crystal prototype, which is a reference design that licensees can use to build their own products, can be made with just two layers for the full-color waveguide, and that makes it a lot less expensive than something like the Magic Leap One, which uses six layers per eye.

“We make reference designs, and our licensees can run with it or modify it,” Pickett said. “If you enable an ecosystem, that’s stronger than building a factory by yourself.”

The company has developed a photopolymer material and holographic copy process to manufacture precision diffractive optics by printing rather than traditional expensive methods like precision etching. The resultant eyeglass display has higher efficiency and wider field of view at a low cost. 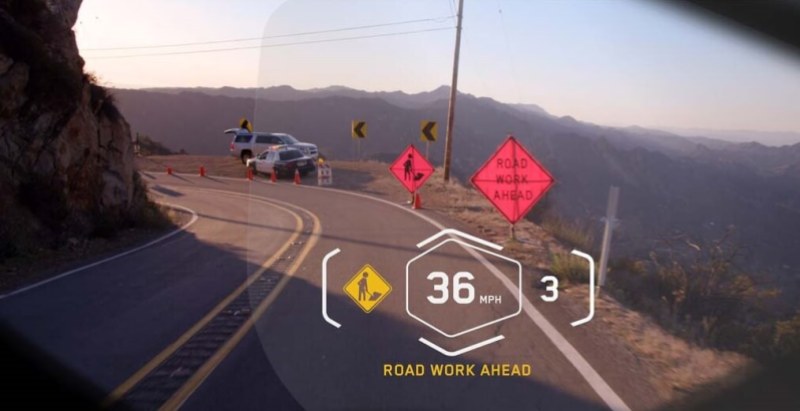 The Crystal prototype has a field of view of around 30 degrees, but it could be extended over time. I wore them outside. That’s something that you can’t do with the Magic Leap One.

The glasses have a lightweight eight-megapixel camera on one side and a projector on the other, with a holographic waveguide in one of the lenses. Other licensees could configure the devices with more built-in tech if they wish. That makes the glasses heavier than they should be at a half pound but still lighter than most other AR glasses.

The processing happens in the device that is connected via wire to the glasses. That could be a smartphone, a computing puck, a laptop, or a desktop.

“Smartglasses have to deliver on all-day battery life, mobile connectivity, and an app ecosystem,” said Digi-Capital managing director Tim Merel in a statement. “Until a major breakthrough in battery technology or device efficiency, a lightweight pair of smartglasses tethered to the smartphones we already own is a great solution.”

The transparency is an edge since other AR glasses have tinted lenses to compensate for low efficiency and dim displays. But that makes them undesirable for social interaction. They also have heavy battery or computing-related components, making them really heavy.

“We don’t have to tint the lens because we transfer light from the projector more efficiently because of how we make our holographic waveguides,” Pickett said.

Above: DigiLens AR glasses can help you navigate your car.

DigiLens has formed strategic partnerships with other HUD and AR market leaders, including Panasonic, Sony, Rockwell Collins, Continental, and Foxconn. The customers and users will ultimately judge the product on quality, cost, and extensibility into multiple markets, Pickett said.

DigiLens’ heads-up display for car companies can create a large holographic waveguide that is about a half a meter by 320 millimeters long — or larger enough for a car windshield. Such heads-up displays could generate colored arrows to tell you where to turn next, so you don’t have to look at your phone. The waveguide system could fit under a car dashboard easily.

Over time, Pickett hopes that people like first responders, delivery drivers, construction workers, gamers, and educators can use the glasses to do their jobs more efficiently than in the past.

I looked into the glasses, and they’re not that impressive yet. Sort of like Google Glass, they can put an image in one eye (with the current prototype) and layer it on the real world. It’s a bit washed out in terms of image quality.

“Eventually, you get to a 120-degree field of view,” Pickett said. “I don’t think we are that far away.”

Pickett believes that products based on DigiLens could debut in late 2019, with more launches coming in 2020. By 2022, the car makers could launch cars with the heads-up displays, Pickett said.