The headline sounds crazy, but some brands are not as enthusiastic about increasing digital media spending as agencies are, according to the 2016 New Year Outlook survey (registration required) from marketing services firm RSW/US. This puzzling finding suggests two things: Brands are still struggling with the complexity of digital, and agencies are finally figuring it out.

Some 34 percent of marketers said they will increase spending on traditional media in 2016, while only 19 percent of agency respondents in the survey said they expect such an increase. The study surveyed 165 senior level marketers and 115 marketing agency executives during December 2015. Results indicate that agencies are more bullish on digital than marketers are, which may come as a surprise, since conventional wisdom in the industry is that agencies have been slower to embrace digital than brands would have liked.

Brands trailed agencies in their expectations for digital spending increases across desktop, mobile, and social categories, the survey found.

“Agencies may be underestimating traditional media, while clients feel there’s not been enough seamless integration as we chased the shiny objects,” Mark Sneider, president of RSW/US, told AdWeek in an interview. 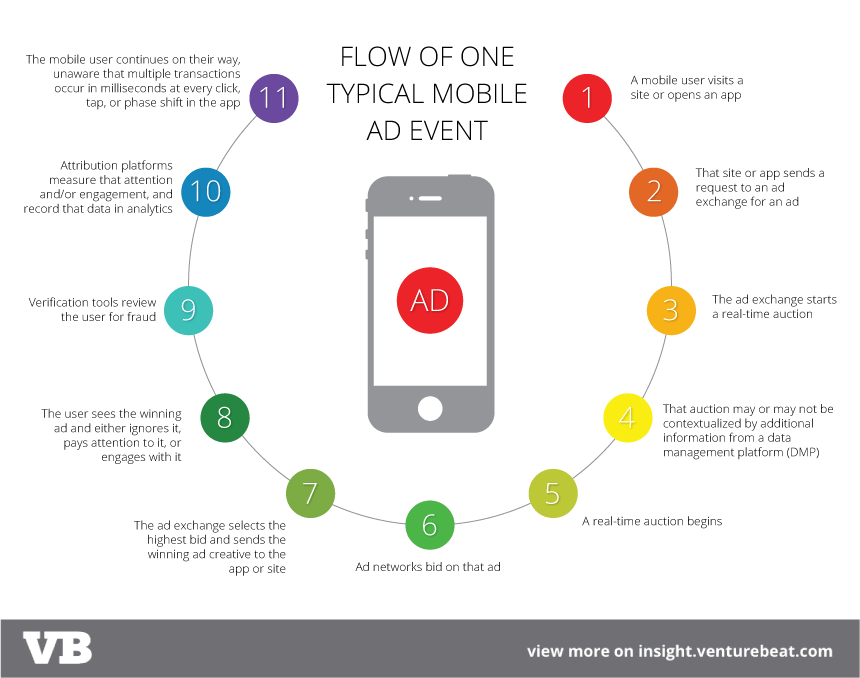 Above: So much dang complexity in digital advertising

We’re not entirely surprised by these results. Marketers having been questioning how effective agencies are at handling digital spending. At our GrowthBeat Summit event in Boston last year, we heard from several brands who were dumping their agencies altogether because they felt they couldn’t rely on them to do a good job.

But it’s not necessarily the agencies’ fault. The challenges in digital marketing are massive because of the industry’s complexity.

“The mobile ad ecosystem is like a giant Plinko game,” said John Koetsier, the author of a separate VB Insight report, Brands and mobile advertising: How to win, published last year and updated in December.  “Advertisers toss in $100 at the top, and after going through data management platforms, ad agencies, networks, and supply-side platforms, they’re lucky if $60 actually gets spent on true placement of their ads.”

Still, VB Insight research shows that if you can deliver an ad that is targeted to a customer’s needs and desires at just the right time and in just the right way, “Forty-nine percent of Americans will give you their attention.” Seventeen percent will engage with a well-placed ad to determine whether it’s worthy of further action, and 24 percent will actively check out the product or service you’re offering.

And there’s no doubt that mobile advertising will continue to grow. If you look at trend data illustrating the time, activity, and consumer behaviors on mobile devices, it’s staggering. Last year, 2.1 billion mobile users downloaded over 350 billion apps and spent around 76 percent more time on their devices than in the previous year. And yet, according to Mary Meeker’s yearly trend report, the industry is still under-spending on mobile ads by around $25 billion.

All of which begs the question: Why haven’t brands caught on?

Well, while some are scared off by the complexity, many more are catching on. If 34 percent of marketers are spending more on traditional advertising, it means that at least 66 percent expect to hold steady or increase their spending. We’ve referred to Disney and Kroger as examples of brands embracing digital. Mainly, brands who move forward with digital tend to be those that feel they have the sophistication to do so well.

But for most companies, digital advertising remains dauntingly massive, complex, and obscure. We found that mobile advertising can suck in up to 40 percent of your advertising budget on fees and commissions alone, if you’re not careful. It includes DMPs, DSPs, SSPs, no fewer than three different kinds of ad networks (of which there are about 1,000 currently), plus multiple kinds of ad exchanges.

How’s a brand supposed to navigate this? Well, with agencies, of course. Which is why it’s great to hear that agencies are getting with the program.