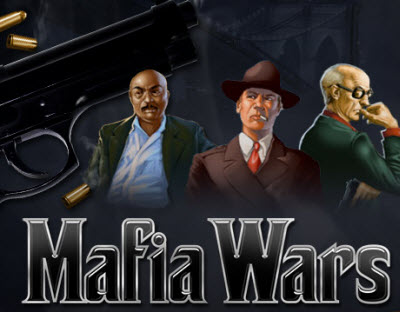 Mafia Wars is one of Zynga’s biggest hits on Facebook, with more than 27.8 million monthly active users on the social network. You get to create your own family crime operation using your real-world friends on Facebook. Digital Chocolate says Zynga is falsely claiming that it owns the Mafia Wars name. It says it notified Zynga of the conflict last year and received a written response that Zynga would stop using the name. Digital Chocolate competes with Zynga in Facebook games, and it also makes mobile games. It is headed by Electronic Arts founder Trip Hawkins.

Instead of changing the name, Zynga went on a marketing campaign binge, according to the federal lawsuit. Digital Chocolate’s own Mafia Wars game was a cell phone title that wasn’t very popular. Zynga said in a statement, “We are surprised and disappointed by Digital Chocolate’s lawsuit. The timing of the action appears to be opportunistic, and we plan to defend ourselves vigorously.”