This was something of an odd week in the mobile phone world.

On Tuesday, Chinese smartphone giant Huawei unveiled what is arguably one of the most feature-rich flagship Android devices yet.

The day before, former PDA darling Palm emerged from oblivion with a new device — after Chinese electronics company TCL, which also operates the BlackBerry brand in mobile phones, acquired the Palm brand from HP back in 2014. 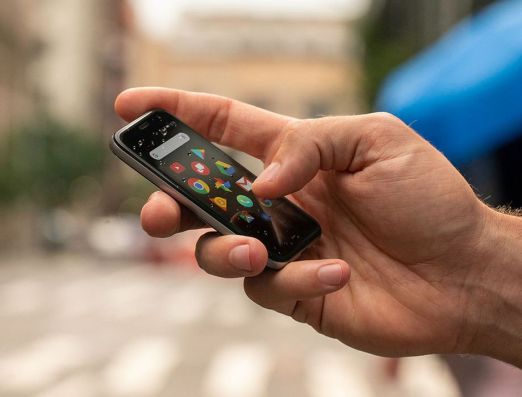 Above: The Palm is a phone for your phone.

The Palm is a Verizon-only device that is pitched as a secondary phone you can seamlessly use with your regular phone number, but in situations that may not require the full functionality of a large-screened premium phone.

The Palm is small — about the size of a credit card — and although it is capable of running the usual array of Android apps, it’s not designed with that in mind. Its marketing spiel says:

Never miss out on the world around you. Life Mode is a unique Palm feature that lets you stay connected while minimizing digital distractions. It puts you in control of what gets your attention so you can stay connected and present in the moment.

“A phone for your phone,” is another way of putting it, which highlights how bonkers the idea truly is.

Yesterday, another companion phone emerged on the market, this time from Japanese telecom giant Docomo. The Card Keitai KY-01L is legitimately designed with digital detoxers in mind and features an e-paper touchscreen and functionality limited to calls, text, and basic internet. It doesn’t work with mobile apps and has no camera. 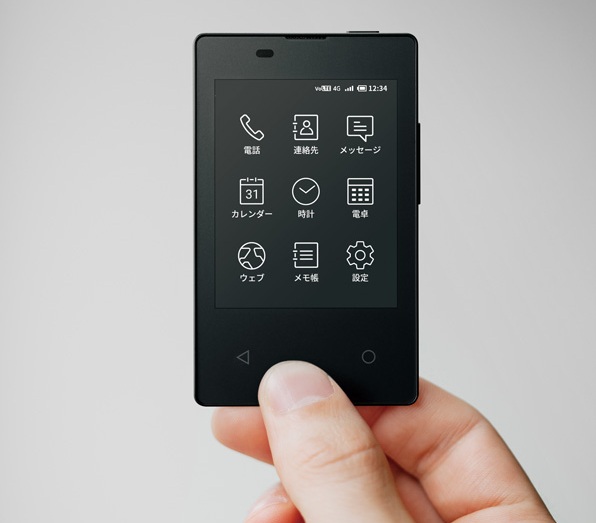 A quick glance across the mobile phone spectrum identifies a marked rise in such devices. 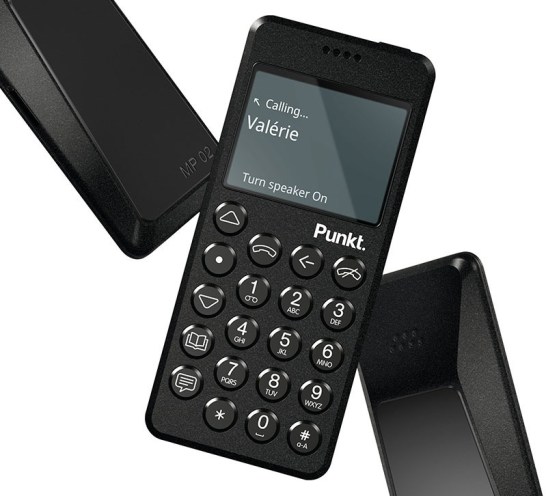 The MP02 is designed for people who want to unplug from the world of apps and constant notifications and simply use a well-designed phone for ultra-secure calls and texts.

Earlier this year, New York-based Light successfully crowdfunded its second phone, the Light 2, which again is all about tuning out the digital world. 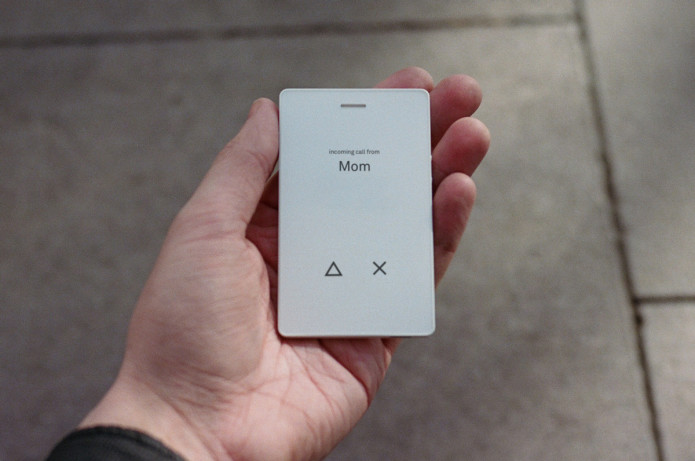 So what, exactly, is pushing this trend? A cynic might say it’s a symptom of an oversaturated market, with manufacturers seeking additional inroads to your pocket — “You’ve got a smartphone? Cool — you need this more basic phone too!”

But digging deeper, it seems the appearance of these secondary “stripped down” phones is being driven by growing concerns that we spend too much time immersed in digital worlds.

Smartphones, and the “always on” connectivity they enable via myriad services, such as Facebook, Twitter, and Instagram, are increasingly being blamed for a decline in mental health. More specifically, smartphone use has been directly associated with a rise in depression and teen suicides.

Such reports are not lost on technology companies. The two big players in the smartphone operating system world, Google and Apple, have recently integrated digital well-being features into Android and iOS, respectively, encouraging users to analyze the time spent on their phones and consider cutting back.

Fearing a technology backlash, both Facebook and its Instagram subsidiary have added tracking tools to help you limit your time on social media.

But these features don’t really get at the root of the problem, and they are easy to ignore even when they are available. What some people really want is a device with inherent functional limitations.

None of the “minimalist” devices I mention above stand much chance of creating more than a ripple. The Palm, for example, doesn’t really work as a concept, because it still offers almost complete connectivity to all the usual apps. Sure, it’s more portable and discreet, but you will probably end up just getting frustrated by the small screen and fiddly features.

Docomo, Punkt, and Light are certainly on the right track — they are building funky little phones that will appeal to some, but the problem is they are just too basic.

Last year, I invested in a Nokia 3310, a sort of modern-day version of the original Nokia 3310, but with a slicker look and 3G connectivity.

The plan wasn’t to replace my main phone, but to use it as a secondary device and perhaps wean myself off constant connectivity. I was looking for something I could use to keep in contact, but that wouldn’t bombard me with messages and notifications or tease me with the latest highlights reel from the weekend’s soccer. 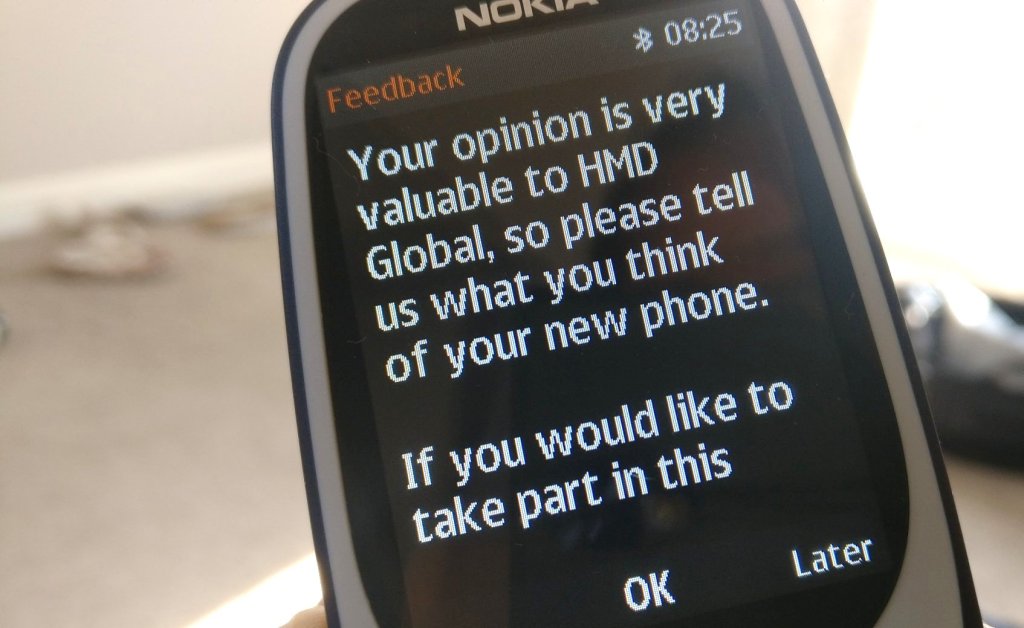 I have used it on occasion, but it’s ultimately no good. You see, it doesn’t have WhatsApp — the Facebook-owned service is pretty much the focal point of many social interactions today, making it impossible to live without for long.

Also, the Nokia 3310 doesn’t have mapping software or a decent camera.

And herein lies the problem facing any company seeking a sizable market for secondary mobile phones.

Amidst all the hullabaloo warning that “smartphones are bad for your health,” it’s easy to forget just how integral they are to our everyday lives. Nobody owns dedicated mp3 players these days, nobody lugs an A-to-Z city guide or bus timetable around with them, and nobody carries a dedicated camera. And, crucially, nobody really uses SMS all that much anymore.

Getting people to give up their main premium phone is a tall order, but if someone can design a minimalist secondary phone that offers some of the basic assets of a smartphone, that device stands a chance of finding a decent market share.

So what does the perfect secondary phone look like? The answer is naturally subjective, but I can lay out some general guidelines.

At an absolute minimum, the ideal phone should come preloaded with WhatsApp, or other messaging apps depending on the market. Ideally, it would also run a maps and navigation app, such as Here or Google Maps, if licensing permits. There is probably scope to open things up to a ride-hailing service such as Uber, while Spotify would also be welcomed by many.

It should also have a decent camera and a built-in music player for those, like me, who still have vast mp3 collections.

Arguments could be made for other apps, but there is a danger of losing sight of the original goal: to tune out while being able to access the basic utilities we have come to rely on from our smartphones. I do rely on Gmail, Google Search, Slack, Citymapper, Netflix, Words With Friends (LOLZ), and others, but I can certainly live without them for a weekend.

While Light’s second phone currently offers very basic functionality, the company has previously said it is considering introducing maps, ride-hailing, music playlists, weather, and other utilities — though it has stated emphatically that it will never support email, social media, or news. 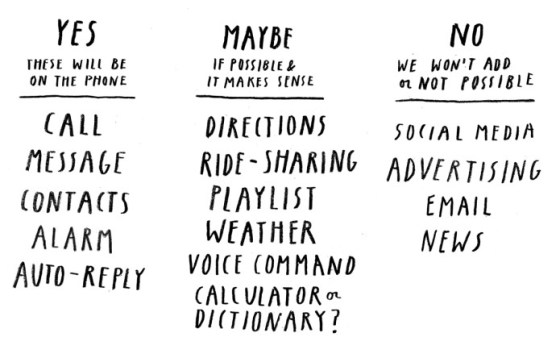 It’s also worth noting here that WhatsApp recently landed on the KaiOS-powered JioPhone, an advanced 4G feature phone. But it is only available in India, and it probably includes too many other internet-related distractions to really fit the bill.

For this concept to really work, it would ideally offer a way to use your main phone number on the secondary device, as Palm enables. Requiring a consumer to use two phone numbers adds unnecessary friction, and will likely mean they will end up not using the secondary phone nearly as much. But this introduces additional problems, insofar as WhatsApp can really only be used on one device at a time with the same number. So maybe the ideal device I’m looking for would have to be my primary device, with a more feature-rich smartphone serving as my secondary unit.

Or, if I’m being honest, this is perhaps where my whole idea starts to fall apart.

Given recent activity, one thing is clear, though: There is demand for stripped-down companion phones that don’t require users to permanently give up their main device, and manufacturers are starting to pay attention. But there’s still a great deal of room for iteration and innovation.

The phone cannot be too basic, but at the same time it can’t betray the fundamental reason for its existence. What the perfect companion phone looks like is up for debate, but whoever nails it could find a line of eager consumers ready and waiting.