Digital Domain made its name as a special effects studio for Hollywood movies like Titanic and Beauty and the Beast. And now it is launching a whole family of creation, production, and distribution tools for virtual reality experiences — including a VR camera.

In total, Digital Domain has made special effects for more than 100 movies, including Apollo 13, What Dreams May Come, The Fifth Element, Armageddon, Star Trek: Nemesis, and The Day After Tomorrow.

I moderated a panel on Friday at the Silicon Valley Comic-Con with Rich Flier, managing director of business development at Digital Domain, and he said that while VR is a small market now, the company believes it will be a big part of its business in five years.

Digital Domain went bankrupt in 2012, and it was acquired in July 2013 by Reliance MediaWorks and Hong Kong-listed public company Sun Innovation. 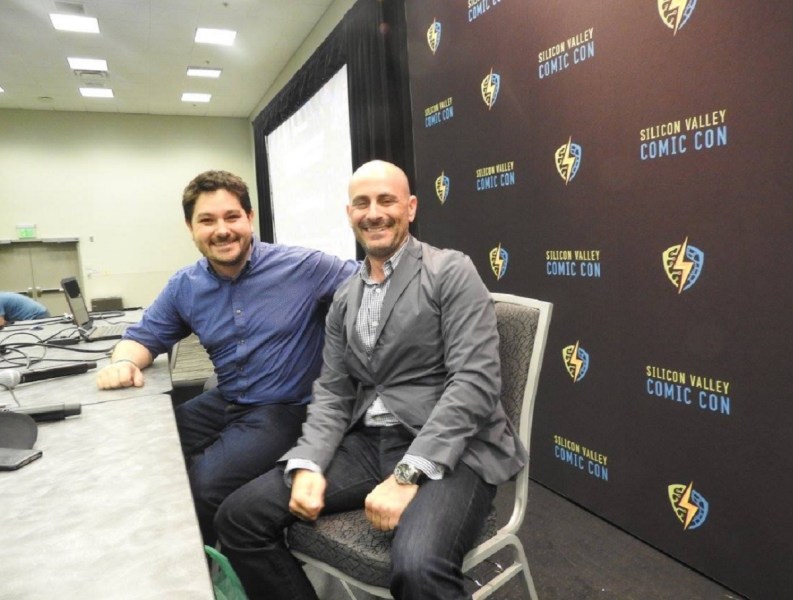 Above: Matt Romano of Syfy and USA Network and Rich Flier of Digital Domain at SVCC.

“VR experiences can transport audiences to new levels of engagement,” said Amit Chopra, executive director and CEO of North America at Digital Domain, in a statement. “But the process can be a challenge for brands entering this new realm. We’ve made it much easier for our clients and partners by introducing a comprehensive suite of VR broadcast solutions that not only opens their eyes to what is possible but also dramatically reduces the production time and expense involved in bringing new VR content to consumers.”

Matt Romano, senior director of emerging platforms for Syfy and USA Network, said on our panel at SVCC that Digital Domain had created the VR apps for most of his company’s VR experiences, including ones for the Incorporated and The Expanse shows.

“Considering the complexity of VR production, the ability to work with a single partner for production, development, and distribution makes good business sense,” said Jeff Marsilio, vice president of global media distribution at the National Basketball Association, in a statement. “Digital Domain brought its artistry and expertise to every phase of the process when creating the first sports talk show in VR, House of Legends, in collaboration with the NBA.”

Flier said that a director can now make a movie while in VR, using tools such as “virtual cameraman” capabilities for engaging storytelling. The tools are platform agnostic and can produce apps that run on iOS, Android, Samsung Gear VR, PSVR, Google Daydream, HTC Vive, Oculus Rift, and more.