A venture-backed startup called the Digital Signal Corporation is developing technology that could take video surveillance to a whole new level. Instead of just showing you a video image, Digital Signal’s laser radar system provides a range of biometric data, so security groups or others using the system can quickly tell when someone appears to be particularly nervous or tense, and therefore catch potential terrorists, shoplifters, card counters and others in the act.

There’s not much information about Digital Signal available online, but board chairman Al Sisto gave a presentation on the company at the National Venture Capital Association‘s 35th anniversary celebration in Mountain View, Calif. He said Digital Signal was founded in 2001, after the terrorist attacks of Sept. 11. The idea is to make surveillance more proactive, Sisto said, catching “the bad guys” before they strike.

For example, if an airline employee is walking through a security area, Digital Signal’s system would detect if their heart rate is unusually high, indicating that they’re nervous. Airport security could take that person aside for questioning, and perhaps avert a disaster. Sisto also described a scenario where security guards could announce that every bag will be searched, then scan people’s faces to see if anyone seems alarmed by that news — again, indicating that they may have something illegal or dangerous in their bags.

Sisto said the Alexandria, Va. company plans to start deploying its systems next year. In his presentation (and the examples above), Sisto implied that the federal government, particularly the Department of Homeland Security, could be a big customer. But when I talked to him afterwards, he said he couldn’t give me any concrete customer details. Digital Signal’s technology certainly seems to go far beyond any video surveillance companies I’ve heard of, which may incorporte facial recognition at most. If the systems really live up to Sisto’s promises, it’s hard to imagine that public and private security groups won’t be interested. 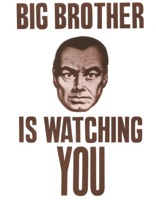 It’s also hard to imagine that some people, including myself, won’t be freaked out at the thought of being monitored this closely. But Sisto said the technology doesn’t raise any more legal issues than other kinds of video surveillance. He compared Digital Signal’s system to a polygraph that works in real-time and doesn’t need to be hooked up to a suspect, which makes me wonder about the risk of “false positives” — in other words, if Digital Signal could finger a bunch of innocent folks who just happen to be stressed or nervous.

Regardless of how you feel about the technology, I suspect we’ll be hearing a lot more about Digital Signal in the coming months. Sisto said the company received a seed round from Novak Biddle, and its first full round from Paladin Capital Group. The size of both rounds aren’t being disclosed.