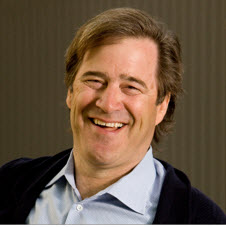 Bing Gordon is sitting pretty in the new gaming gold rush that’s all social and mobile. A partner at Kleiner Perkins Caufield & Byers, he has been the critical consigliere for sizzling startups Ngmoco and Zynga, which have already generated big scores for his venture-capital firm. We hope to hear some insights from him on the state of mobile and social game investments when he speaks on a panel at DiscoveryBeat 2010, which will take place in San Francisco on Monday.

Japan’s DeNA social mobile gaming firm just agreed to buy iPhone game maker Ngmoco for up to $400 million, resulting in a $100 million return for Kleiner Perkins. And Gordon is on the board of Zynga, where he’s a top advisor to Zynga chief executive Mark Pincus. Zynga is worth billions of dollars as the leader of social games on Facebook. Since Kleiner Perkins holds a stake in Zynga, it will likely cash out in a big way whenever Zynga sells or goes public.

“It was way better than putting money in the stock market in the wake of Lehman Brothers” (during the stock market crash of 2008), Gordon quipped about the Ngmoco investment in an interview this week.

Gordon will speak on our panel on “Investing in Discovery,” moderated by VentureBeat executive editor Owen Thomas. Gordon, the former chief creative officer at Electronic Arts and one of its earliest employees, left the big video game publisher in 2008 and began looking for disruptive companies. 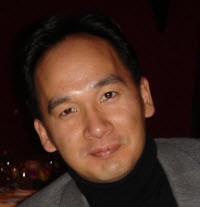 Also at DiscoveryBeat, we’ve signed up two more speakers for our breakout session entitled “Indie Discovery Stories,” moderated by Anthony Ha, assistant editor at VentureBeat. The panel includes Doyon Kim, vice president of business development for YD Online, a Korean firm that has deep experience in online game. Kim will talk about the company’s entry into the U.S. market with a discovery-related solution. Kim previously founded Spotplex in 2007 and was cofounder at Opinity. 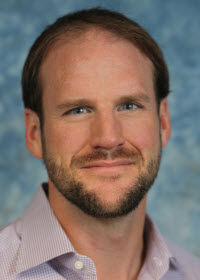 Joining Kim on that panel will be Chris Williams, general manager for mobile at PlayFirst, the independent casual game publisher that makes top hits such as Diner Dash, Wedding Dash, and Cooking Dash. Williams has spent more than 12 years in the game industry, most recently crafting the company’s iPad and iPhone products. He was previously a game producer at LucasArts Entertainment, working on titles such as Star Wars Republic Commando and Star Wars Empire at War. PlayFirst’s titles have been among the most successful gaming franchises in the App Store, and Diner Dash itself has been downloaded more than 500 million times.

DiscoveryBeat 2010 is an event focused on the secret recipes for application discovery and monetization. Our newest speakers represent vital parts of the ecosystem, from investors to app creators and experts who cover the space. Due to its success in 2009, the conference has expanded to a full-day event and will be held on October 18 at The Mission Bay Conference Center in San Francisco. Get your tickets here. For publishers or app developers, the promise of the mobile and social revolution is compelling. However, new players like Google’s Android are throwing out the early rules and creating new challenges in the ecosystem. How do you get discovered when there are 250,000 other publishers and applications fighting for users across diverse devices and interfaces, such as the PC, social networks, mobile phones, and tablets? We’ve summed up what we’ve learned so far about discovery techniques so far in a new VentureBeat feature, the Discovery Directory.

Eric Eldon, co-editor of Inside Facebook and Inside Social Games;

Kabir Kasargod, founder and business development lead of the Vive service of Qualcomm;

Dave Castelnuovo, head of Bolt Creative and half the team behind the iPhone sensation Pocket God;

Getting content noticed is a challenge for everyone making apps. Join us at DiscoveryBeat 2010 and hear secrets from top industry executives about how to break through and profit in the new cross-platform app ecosystem. From metrics to monetization, we’ll take an in-depth look at the best discovery strategies and why they’re working. See the full agenda here. The conference takes place on October 18 at the Mission Bay Conference Center in San Francisco. Sponsors include Flurry, Appolicious, appbackr, Adobe, Herakles Data Center, AppLaunchPr, YD Online, and Offermobi. For sponsor info, send an email to sponsors@venturebeat.com. To register, click here. Hurry though. Tickets are limited, and going fast.