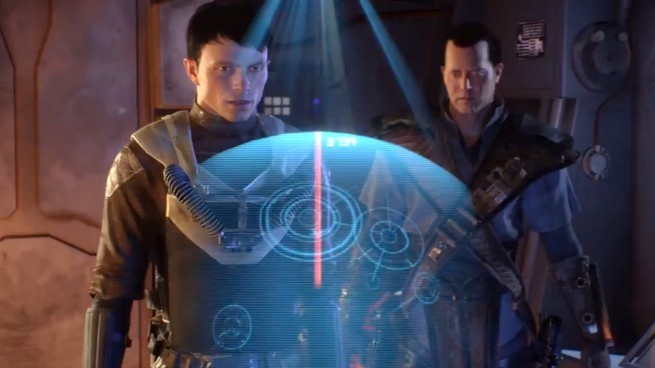 The Walt Disney Company acquired Star Wars and Lucasfilm in an Earth-shattering move Tuesday to bring one of the world’s most lucrative licenses under the control of the House of the Mouse. The deal includes all of Lucasfilm’s subsidiary companies, like video game developer and publisher LucasArts.

Disney stated its intent for the employees of LucasArts to remain in their current positions.

“Yes, Disney bought all Lucasfilm companies, including LucasArts,” Lucasfilm spokesperson Barbara Gamlen told GamesBeat. “For the time being, all projects are business as usual. We are excited about all the possibilities that Disney brings.”

This statement is reassuring, but it also conflicts directly with a statement that Disney chief financial officer Jay Rasulo made during the investors conference call held to answer questions about the Lucasfilm deal. When asked about LucasArts, the executive explained that it’s Disney’s plan to focus on social and mobile games as opposed to high-end console and PC releases.

So, it’s business as usual … for now.

That jives with Disney’s recent history in the video game market. The multimedia conglomerate has nearly foregone all console and traditional PC gaming (with the exception of the upcoming Epic Mickey games for the Wii U and 3DS) for an approach that favors mobile and social titles.

In late 2011, Disney Mobile — a division of Disney Interactive Media Group — released physics-based puzzler Where’s My Water? for iOS devices. It topped both the iTunes and the Google Play sales charts. Since then, Disney used Where’s My Water? as the backbone for a branded version of the game starring characters from its popular Phineas and Ferb animated series.

GamesBeat spoke with Disney about this strategy for Brave, and it was clear that the company plans to disrupt traditional movie-licensed games. Such tie-ins can be expensive and carry substantial risk, whereas mobile titles have a decent potential for a comparatively tiny development cost.

In 2010, Disney bought social-gaming platform Playdom and its 46 million monthly users for $763 million. In the wake of that purchase, Disney abandoned much of its traditional gaming productions. Again, the risk-reward outlook for social is too appealing when compared to a console game that could cost millions and then fail at retail. 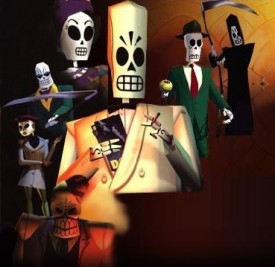 So what happens to this storied developer?

We know the studio is working on the visually mesmerizing Star Wars 1313. Recent rumblings also suggest it is developing an Xbox Live Arcade game called Star Wars: First Assault. These games seem to stem from an admission from LucasArts in June 2011 that it hasn’t always made good Star Wars titles and that it would focus on “authentic, immersive, high-quality Star Wars games” moving forward.

It would be a shame if Disney put a stop to LucasArts’ rededication to Star Wars, and it probably won’t. Games in the sci-fi franchise usually make money and will continue to do so, but LucasArts is more than just Star Wars.

Fans have long adored the developer’s adventure titles like The Secret of Monkey Island, Maniac Mansion, and Grim Fandango. Those are the games that Disney could leave to collect dust in its intellectual property vault.

Alternatively, Disney could start bringing more of the LucasArts back catalog to touch devices like the iPad. Prior to the Disney acquisition, the developer did that with The Secret of Monkey Island: Special Edition and Monkey Island 2 Special Edition: LeChuck’s Revenge. These count as mobile games, right?