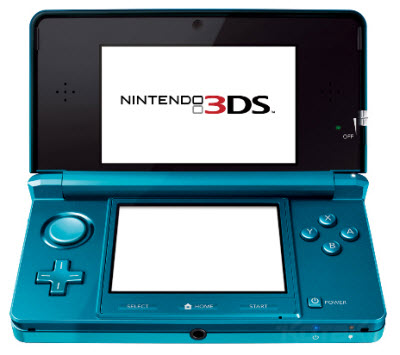 It is a time of disruption in the game industry, and Nintendo had until now escaped the worst of it. While game publishers such as Electronics went through big layoffs during the 2009 recession, Nintendo was riding high on the strength of the Wii console and the Nintendo DS handheld.

But Nintendo’s new 3DS launched this March amid a minefield of competition. Apple has multiple portable devices that are stealing gamers away from Nintendo. The iPod Touch appeals to younger kids, while the iPhone and the iPad are taking gamers away at the high end.

Since the launch in March, the 3DS — which features glasses-free stereoscopic 3D — has sold 4.32 million units worldwide. But in the past quarter, Apple sold 20.3 million iPhones, 7.54 million iPods, and 9.25 million iPads. John Riccitiello, chief executive officer at Electronic Arts, said at the company’s annual meeting today that the game market has moved on beyond the standard definition consoles (such as the Nintendo Wii) to the high-definition consoles, the Xbox 360 and the PlayStation 3. Meanwhile, he said the reception for the 3DS wasn’t as good as expected.

Nintendo is now working on a new console, the Wii U, which it hopes will turn around its fortunes.

Game launches for both the 3DS and the Wii have been dwindling. Nintendo cut the price of the 3DS yesterday from $249.99 to $169.99 (effective Aug. 12), as Nintendo CEO Satoru Iwata said that the company is willing to sell the 3DS at a loss so it can make more money selling 3DS games. That strategy, known in retail as a loss leader, is not one that Nintendo has embraced much in the past.

The price cut “will help drive penetration in the short to mid term but a larger installed base is not the complete solution,” said Billy Pidgeon, an analyst at M2 Research. “Nintendo must increase the attach rate (games sold per device) to keep the dedicated gaming hardware business viable. I’d like to see lower prices on packaged software (a $25 average) and more paid download and packaged software sold per hardware unit.”

The disruption is at hand since Nintendo still sells games for $20 or $30, while many thousands of Apple games are available for free or just 99 cents. Nintendo said the price of its hardware is now a bargain and it will convince many gamers who were on the fence to dive in and purchase a 3DS. The 3DS is just five months old and is getting its first price cut; by contrast, the Wii was so disruptive when it introduced motion-sensing gaming in 2006 that Nintendo didn’t cut the price for three years.

Michael Pachter, an analyst at Wedbush Securities, described Nintendo’s quarterly report as a “huge loss” due to weak hardware and software sales. But he wasn’t willing to write off the 3DS yet, as he expects the new price will stimulate demand.