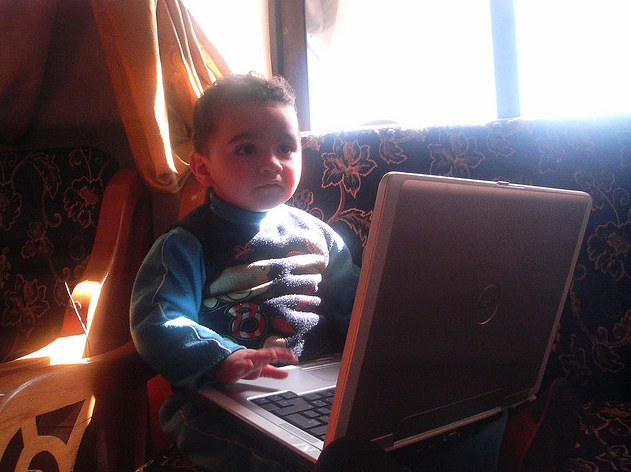 When speaking to hopeful entrepreneurs throughout the years, there was one question that I constantly heard: “Do you think I have the qualities necessary to be a successful entrepreneur?”

To answer that question, I have put together the questionnaire below to help young professionals find out whether they have what it takes to be a successful entrepreneur. Take the survey below of various psychological traits—whether inherent or learned—that could predict your ability to be the next Bill Gates, Meg Whitman or Larry Page. Give yourself one point for each of the characteristics below that describe you.

Do you believe in your convictions so strongly that you would argue your view with anybody, anytime to win your case? Entrepreneurs often create new products or even new markets that few will initially believe in. (Think: Chia pets, Beanie Babies, the pet rock and the Internet). Would you have the confidence to see your idea or product through?

Tip: Some people might think you’re overly confident or even arrogant, but that’s a small price to pay for long-term success. Having said that, don’t strut around with your nose in the air, because nobody likes a jerk. You may have a great idea, but you will likely have to work with a lot of people — from employees to investors — before your product will ever take off.

Are you afraid of authority or will you fight for what is right? I’m not talking about jacking somebody’s car or telling the cop to shove it after you flew through a red light going 80 mph. But maybe you’ve spent the night in jail for “doing the right thing” (or raising a little hell), or stood up to a professor who you believed was wrong. Rebels cause revolutions in the same way that new markets and new ideas can be revolutionary. You need to be a rebel to make it happen.

Tip: Most great leaders throughout history, from Gandhi to Martin Luther King Jr., have had to stand up in one way or another to authority. Don’t follow the rules for the sake of following them; do what you believe is right.

3. Are you constantly innovating?

Great entrepreneurs rarely invent just one profitable product: They are inventing and innovating constantly. Ideas that take off are rare, so innovation is a numbers game where you need to come up with a lot of bad ideas before you come up with the great idea.

4. Do you feel the need to do things NOW?

Do you accomplish things with a sense of urgency, or are you one of those “I’ll do it tomorrow” types, who will never really get around to doing it? Successful entrepreneurs get things done quickly, because they know time is not on their side. You might have a multi-million dollar idea, but if you don’t get it out there before someone else does, that idea will no longer be profitable to you.

5. Are you objective and logical?

Your significant other might not appreciate this trait during a fight, but these qualities will come in handy when you’re trying to market your idea or product. You need to be objective and logical in all aspects of your business, like who to hire and fire, how you analyze the competition, and how to decide your business strategy.

Do you set big challenges for yourself and fight to win?

Tip: Your goals may seem huge to most people; but as long as they are attainable, the bigger and more revolutionary they are the better.

Having that competitive drive is one of the things that keep entrepreneurs — who spend 100-hour weeks developing their idea into a tangible product — excited. Being competitive is so vital to growth and success that I’ve never interviewed a potential employee without first asking whether s/he was competitive.

Tip: Never give up. Just think, Abraham Lincoln lost several congressional elections before being elected president of the United States and Michael Jordon failed to make his high school basketball team as a sophomore.

In order to build a successful company, you need to get a lot of people to do a lot of things that they didn’t initially believe could be done. You need to have charisma to get people excited about your idea or product. If your employees are working simply for their paycheck and not — at least partially — because they actually believe in you and your idea, you’re probably either lacking in charisma or your idea isn’t as great as you might have thought.

Tip: If your actions don’t match your words, people will lose faith in you. People may disagree with your views, but you can still gain their respect by acting on your convictions.

You have to be extremely passionate and excited about an idea to be able to survive the 20-hour workdays, the discouraging people you will undoubtedly come across, and the general ups and downs common with most new ideas and inventions. Without passion, you will undoubtedly burn out.

Tip: Don’t pick an idea purely for the monetary reward aspect of it. Pursue an idea that really excites you.

So how did you do?

0-4: Entrepreneur Long Shot: I’d say you have a low probability of entrepreneurial success at best. You may want to consider a more stable career.

5-7: Entrepreneur Maybe: There’s a good chance you have the personality type to be an entrepreneur but will probably need to find a partner who has the skills that you lack.

8-9: Entrepreneur: You don’t really have a choice but to be an entrepreneur since most companies will probably fire you. You have many entrepreneurial qualities, and may have what it takes to be one of the greats. Now, all you need is an innovative idea, money and some luck.

Kevin O’Connor is the CEO of FindTheBest.com and was a cofounder of DoubleClick. A version of this story appeared on the Huffington Post.