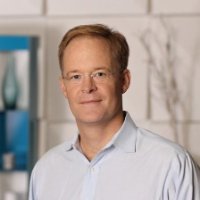 Telemedicine provider Doctor on Demand has reshuffled its leadership, replacing its founding CEO Adam Jackson with former PayPal executive Hill Ferguson. The company claims this transition was needed to bring in a “leader with a different set of skills to execute an increasingly dual-pronged strategy of nurturing its direct-to-consumer business while rapidly expanding its number of enterprise customers.”

Ferguson starts at Doctor on Demand on May 11, and Jackson will depart the company, but remain on as an advisor.

This isn’t the first time that Jackson and Ferguson have crossed paths. In a blog post, Jackson explained that he once interned for Ferguson while an undergraduate at Vanderbilt University. Jackson hasn’t revealed any specific plans for what he’ll do after officially stepping down, but he has said: “I am an entrepreneur at heart, and our team’s staggering achievements to date have led us to a growth phase that I believe calls for a different set of talents in a CEO.”

As for Ferguson, this role follows a four-month stint he did at the venture capital firm Social Capital as its executive-in-residence (EIR). But he’s perhaps best known for his time at PayPal as chief product officer. He departed the payment processing service in 2015 following a management shakeup, when Dan Schulman assumed control as CEO. Before that, Ferguson spent time at Yahoo, Yodlee, MoneyCard Financial, and Zong.

Doctor on Demand is likely hoping that Ferguson’s ability to develop products and grow users within a highly regulated and complex industry like financial services can be reproduced within health care.

Doctor on Demand launched in 2013 as a way to connect you with a physician using a livestreamed video from your mobile device. It competes alongside services like HealthTap, MDLive, Teladoc, and others. Today it’s available to “tens of millions of Americans” through their employers or health plans, and it has an enterprise offering being used by four of the Fortune 10 companies, as well as others — it recently signed its 400th corporate client.

The company declined to provide specifics about what its “next phase” looks like, except that it wants to “bring effective, affordable care to millions more Americans.” Bringing Ferguson on is akin to what happened at Google in 2001 when Eric Schmidt was brought in as CEO to replace cofounder Larry Page. Doctor on Demand’s board seems to want a more seasoned executive who can move things forward more quickly and at scale, with experience building product and dealing in highly regulated spaces.

Under Jackson, the company has established its telemedicine platform and has even formed partnerships with major insurance providers, such as UnitedHealthcare and Blue Cross Blue Shield Association. He also guided the company in raising $86.75 million in venture funding, including $50 million in June, from Shasta Ventures, Venrock, Andreessen Horowitz, GV, Lerer Ventures, Richard Branson, and Athenahealth CEO Jonathan Bush.