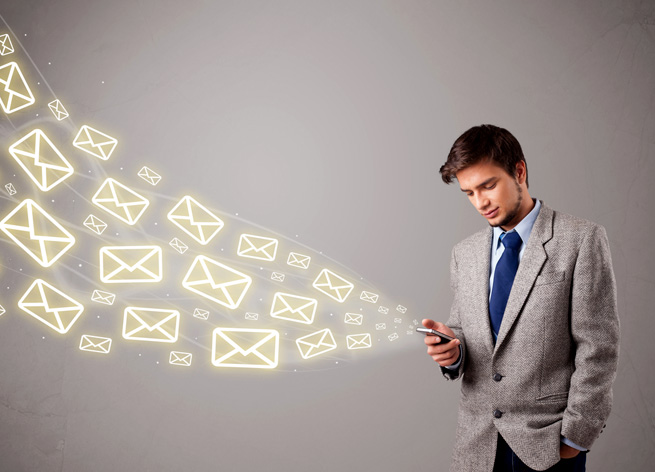 This is a guest post by Katie Hollar, marketing manager at software research site Capterra.

Many companies are adopting marketing automation each day. But they aren’t necessarily changing their marketing habits as a result. So, is this new technology just enabling marketers to essentially spam people?

The current answer is yes, but it doesn’t have to be that way.

But according to a recent study by iContact, 56 percent of businesses say they plan to increase their use of email marketing in 2013, and on average, they only plan to grow their email lists by 28 percent this year.

So, more companies are buying marketing automation software, and as a result, they’re sending more emails more frequently. But their list of subscribers isn’t growing nearly as quickly as their email sending habits (actually, it’s shrinking at a faster rate due to people unsubscribing).

All this suggests that marketing automation is nothing but a glorified spamming engine. In fact, when I recently explained to my family what I typically do at work, several said, “Oh, so you SPAM people?”

“No,” I protested. “They’re opted-in! These people want to hear from us; they’ve found us through search and other inbound channels, and then filled out a form. Marketing automation just allows us to respond to them more efficiently.”

Despite my best efforts, they didn’t really understand how that was any different than spam. Which is precisely the problem.

To marketers like me, marketing automation has been a glorious solution to our problems. We (and by “we” I mean the general marketing community) knew all along that we shouldn’t be sending batch and blast emails to our entire email database, but without the time to segment lists, A/B test messaging, and send one-off emails the moment someone fills out a form, we were forced to just send out the blasts (and wrestle with the morality of that on our own time). With the advent and adoption of marketing automation software, all those pent-up ideas of how we should be sending emails were suddenly made possible. So we took advantage of the technology and started sending a lot of them.

But to consumers like my family members, the fact that we can now send emails with personalized messaging and specially-tailored offers the moment someone lands on our website doesn’t negate the fact that, at the end of the day, we’re sending them more emails.

Marketers need to catch up to the true capabilities of marketing automation technology, instead of using the technology to catch up on their marketing. We could be using marketing automation to send the same emails we sent before, but at a more relevant time, with more relevant content, and with more emphasis on the prospect. What we’re doing instead is sending the same old batch and blast emails from before, plus all the new, custom-tailored ones we wanted to send all along.

Fellow marketers, let’s agree to put an end to this before it gets too out of hand. Together, we can harness the powers of marketing automation software for good and not evil.