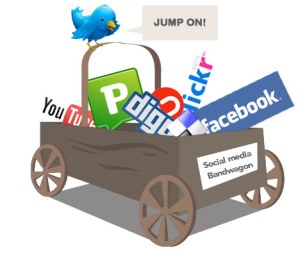 The company surveyed 300,000 consumers on more than 180 websites across a dozen private and public sector industries. The referring social media sites covered were not just the usual suspects like Facebook and Twitter, but over 40 sites including Flickr, Foursquare, Scribd, Stumbleupon, Meetup and Youtube.

It’s not all bad news for social media marketeers. 18 percent of site visitors (averaged across surveyed websites) report being influenced by social media to visit a website. However, there was considerable variation in the results for different companies. 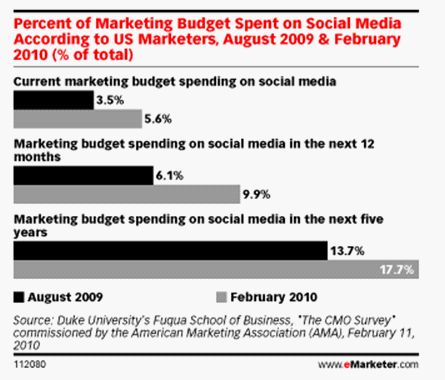 The social media budgets of marketers is constantly increasing as the survey data to the right shows. Forsee Results’ research showed that the resources companies put into social media and the results they receive vary wildly. Spending more money does not automatically lead to higher numbers of visits to websites, brand awareness or sales.

Promotional emails are also sometimes neglected in favor of the more glamorous social media, in spite of the fact that such emails influence 32 percent of purchases.

Companies themselves seem a bit confused about their objectives when it comes to social media. Internet Retailer Magazine surveyed 400 U.S. companies (19 percent of them retailers) in December 2009 and January 2010. It found that 74 percent of companies wanted social media to drive traffic to their websites, while only 56 percent wanted it to increase sales. Shouldn’t it be the other way around?