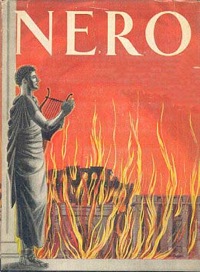 Tech stocks are plunging and venture capitalists are telling their startups to hunker down for an extended downturn, but a group of Silicon Valley techies still found time for a nice little retreat to Cyprus. They also produced this amusing video set to Journey’s classic song “Don’t Stop Believing.”

Is it just me, or does the video (first spotted by Silicon Alley Insider) scream “frat party”? Look, I don’t begrudge overworked tech types their vacations. Heck, the Saturday after AIG and Lehman Brothers collapsed, I got on a plane to Martha’s Vineyard. And I don’t agree with bloggers who say Silicon Valley has been living on a bubble, thinking it won’t be affected by the crash. But posting videos of your fun Cyprus vacation — on a public site, even if it wasn’t meant for wide distribution — while the market crumbles is a classic facepalm moment. It plays into that stereotype. The sight of startup executives goofing off in bathing suits while carrying around giant cans of beer reinforces the idea that Silicon Valley needs adult supervision.

Then again, maybe I’m just cranky because all the cool kids forgot to send me an invite.

Update: Looks like they’ve made the video private, but the genie is already out of the bottle — the video is now up on YouTube, and I’ve embedded it below. To be honest, I felt like a little sheepish when I saw the video had become private, but I do think it does have a larger cultural significance/symbolism. TechCrunch’s Michael Arrington did a great job of boiling down why the video was worth writing about:

They leave behind an absurd video that would have gone unnoticed a month ago. But this week, with the walls tumbling down, they look like a bunch of jackasses who have no idea what’s going on back at home. And this video will always be associated with the end of Web 2.0.