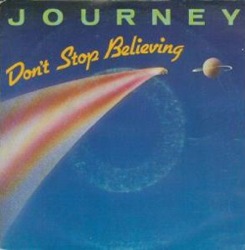 The National Venture Capital Association and Thomson Reuters have finally released data on the performance of venture capital after the downturn, and while returns certainly fell dramatically, they continued to beat the public markets and to remain positive in the long-term.

To be clear, these performance numbers continue to lag behind some of the other reports that the NVCA publishes — most notably, the organization has already released venture investing and venture fundraising numbers for the first quarter of the year (the latter refers to the money raised by venture firms, the former to the amount they invested in startups), both reports prompting doom-and-gloom posts from Yours Truly, as well as from VentureBeat editor Matt Marshall. But at least the new performance data, covering the quarter the ended on December 31, allows is to see beyond the event horizon of last fall’s financial crash.

With the last set of numbers, I wondered how bad things were about to get, and it’s no surprise that venture returns fell across the board. One-year returns were the worst, declining 18.8 percent from the previous quarter to -20.9 percent. Still, although they fell, at least returns remained positive for any period longer than three years, with a 6.4 percent return in the five-year timeframe and a 15.5 percent return over 10 years. As the NVCA and venture capitalists love to remind us, that’s much better than public market indicators like the NASDAQ and the S&P 500 — in both cases, you’d have to go back more than 10 years to see positive returns.

So is this further evidence that limited partners have been (and should be) abandoning their investments in venture capital, as some have argued? Maybe. For now, I’ll let Union Square Ventures’ Fred Wilson have the last word (he wrote about these issues when the last set of numbers came out).

I’ll end this rant/post by saying that the venture business does have issues. It has not produced the kinds of returns this decade that it is known for and is expected to produce. … But venture has outperformed the public markets over any time frame you want to talk about and I think it will continue to do so. And the venture business is going through its own restructuring, forced by dwindling returns and financial stress in the limited partner base.  … So I think its a very good time to be investing in venture capital right now if you can put money with a good manager.