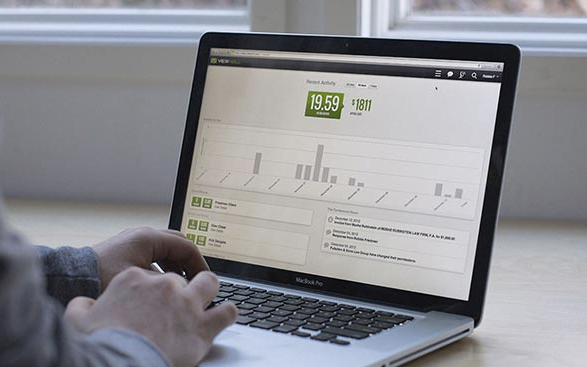 If you’ve spent any time working with a lawyer lately, you know how difficult it is to track the hours he or she is billing you.

You basically just have trust the lawyer to be honest.

Their invoice will float in a month after they do the work, and by then you have limited powers to cross-examine whether he or she did as much as work as they claimed. Your memory of your conversations has faded, and if the billing has gone up more rapidly than expected, well, it’s too late to rein the lawyer in. 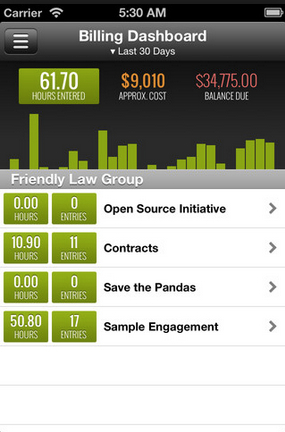 A new desktop and mobile app, Viewabill, has launched to help. It provides you with a real-time dashboard of everything your lawyer is billing you for, including the actual activities they’re working on, and the time they’re taking to do so. While you still have to take your lawyer at their word on the specifics, the live and transparent nature of the reporting gives you more of a chance to hold them accountable in the moment — and it gives you the chance to dial them back if they’re billing too many hours too quickly.

Viewabill, a Columbus, Ohio startup, was co-founded by entrepreneurs David Schottenstein and Robbie Friedman. The two came up with the product after they’d created a system to track Schottenstein’s legal bills.  Schottenstein built a clothing business, Astor & Black, into a $45 million company, and sold his interests in 2011 to a private equity firm.

Alan Derschowitz, a professor at Harvard Law School and a well-known political commentator, learned of the project and joined as a co-founder to advise on ethical maters, according to the New York Times.

The Viewabill service arrives just as the issue of legal billing has been heating up. Last month, a legal fight broke out between law firm DLA Piper and a client, Adam Victor, in which Victor claimed DLA Piper had inflated its invoices by performing needless tasks.

Viewabill is offered on the web and also via mobile applications. Its cloud-based software lets you track work being performed across multiple firms and industries. The dashboard also lets you request real-time clarification regarding activities and receive alerts or emails when specified thresholds are reached. It gives you a “Pencils Down” feature to notify providers when to stop work. Viewabill also integrates with existing billing software systems, and the company pledges “bank-level” security of data.

Notably, law firms must agree to use the app, and there’s some question about how readily they’ll adopt it. If a law firm refuses to use it, Viewabill’s founders encourage you to ask law firms why they’re against it. Law firms must pay annual fees of $25 to $40 for each matter they give clients access to on the app, or $25,000 to $48,000 for unlimited use, depending on a law firm’s size — so it’s not exactly a minimal cost for lawyers. The company told the NYT that nearly 80 law firms have signed up for the service.