In Donut County, the starring role is a hole. I realize how ridiculous that sounds, but this is a pretty quirky game. I played it at the recent Electronic Entertainment Expo (E3), and it was surprisingly fun. All you do is move a hole around a landscape, making things fall into it. The more things fall into it, the bigger the hole gets.

It comes from the mind of Ben Esposito, a Los Angeles game developer who came up with the idea as a kind of joke. Once he started building the game, he realized it could turn out to be really fun. He has lined up the game division of Hollywood movie production company Annapurna as the publisher. Annapurna Interactive will publish the title on the PC, Mac, and iOS in 2017. 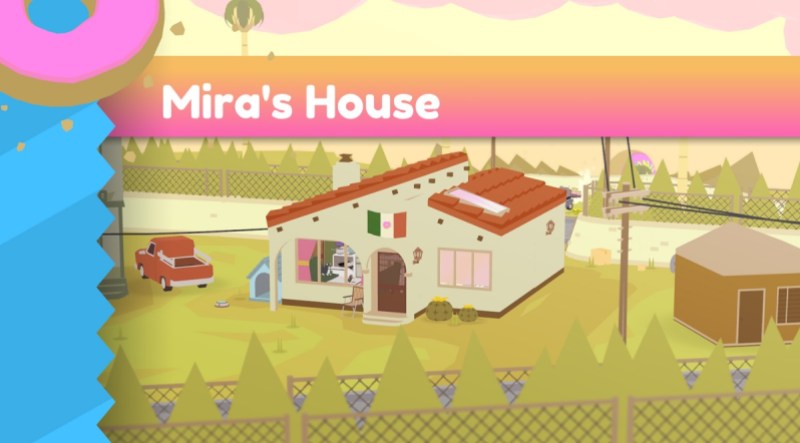 Above: You start out in the bedroom of Mira’s house.

You start out in the bedroom of a girl named Mira. Then, you get outside and start moving the hole around. As it swallows things, the hole grows bigger. But there are only so many objects, and you have to make sure that you swallow things in the correct order. Otherwise, the hole might not be big enough to swallow the very last item.

The simple gameplay reminded me of the wacky Katamari Damacy. In the case of Donut County, Mira is a donut shop worker who gets a mysterious delivery from some raccoons. It’s a box of donuts that opens up holes all around the county. When you swallow everything in a scene, the point of view shifts below ground, where a bunch of animals gather after they’ve been swallowed. They chatter a bit, and then, you move on to the next scene. 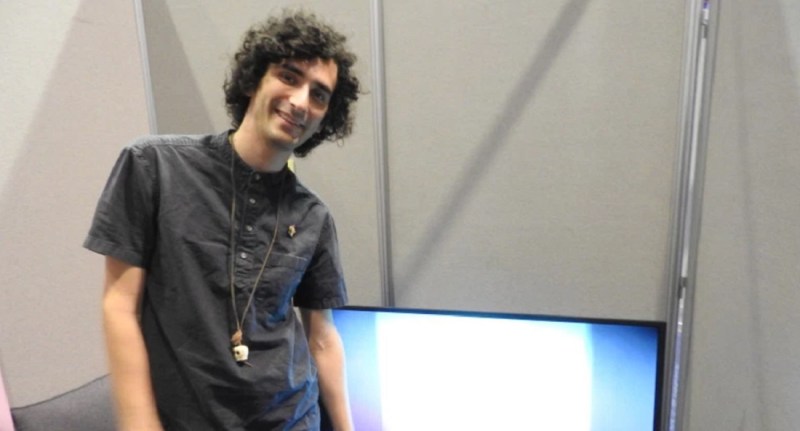 I played a couple of levels. The whole game will take about two hours to play. I’m not sure if there’s anything profound going on underground, as the animals talk to each other. And who knows whether this kind of game will hold our attention. But it’s good to stumble across something from E3 that is so wonderfully creative.

I’d like to see more of this title from Esposito, a Los Angeles developer who was previously a level designer for The Unfinished Swan and What Remains of Edith Finch. Esposito is also cofounder of Glitch City LA a collective and community space for indies in Los Angeles.

Certainly, this game makes me interested in seeing more games backed by Annapurna Interactive, which also backed Gorogoa, an artistic indie game where you zoom into paintings. It’s good to see a big company carrying the flag for indie developers like Esposito. 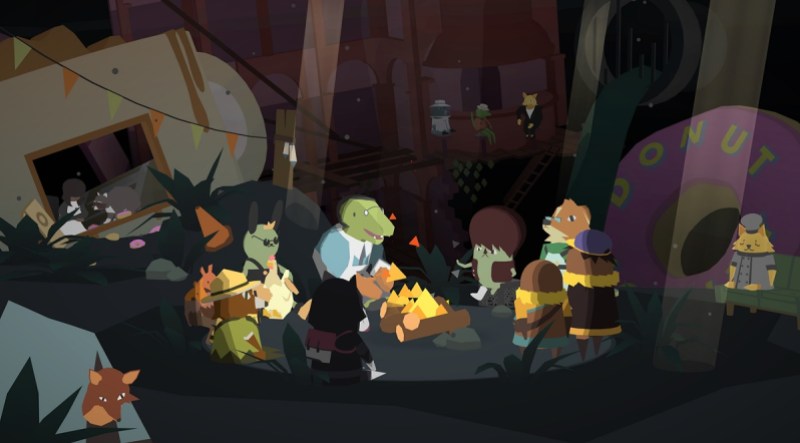 Above: The animals gather underground in Donut County.