Valve is beginning its buildup to The International Dota 2 championship event. As part of that process, the company has revealed some of the content that comes with the digital ticket fans can buy for that event.

If you spend $10 on The International Battle Pass, you will get access to a cooperative Dota multiplayer campaign called Siltbreaker. The Battle Pass is a collection of items and events that Dota 2 fans (both of the game and its esports scene) can get as part of watching the biggest tournament of the year. As always, Valve is putting 25 percent of the revenues from the Battle Pass directly into the prize pool for the competing teams to fight over, and fans have already pushed that number over $4 million. In 2016, the Prize Pool reached more than $20 million — and you can expect something similar for this year’s tournament.

A campaign mode might seem like a strange addition to Dota 2 (especially considering competitors like League of Legends, Paragon, and Heroes of the Storm don’t), but it’s something that makes sense based on the game’s roots and the way modern-day service-based games try to keep players engaged. The original Defense of the Ancients was a mod for Warcraft III, and so this gameplay goes back to a series that had deep single-player campaigns. As of now, we don’t know if Siltbreaker will play like that, like Diablo, or like another game completely.

The other reason this kind of content makes sense is that gaming — especially on PC — is more competitive than ever. Games like Overwatch, League of Legends, Hearthstone, Heroes of the Storm, and more are all battling over a pool of players, and they are all also offering tons of extra content and events to attract those people. Valve recently updated Dota 2 with a massive 7.00 patch that got a lot of lapsed fans back, but now a cooperative campaign could get some of the rest to return or even convince players who never downloaded it in the first place to give it a try. 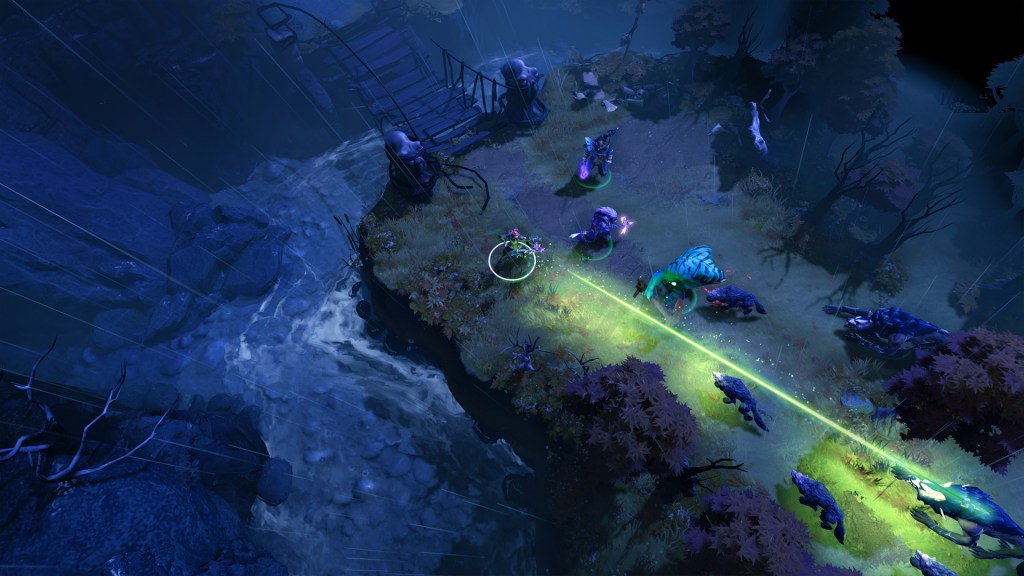 Above: Well, back to the silt mines.

In Siltbreaker, four players (who all must own the Battle Pass) enter the Dark Reef, which is a watery prison teeming with dangerous enemies. They must then work together to overcome obstacles and complete the quest. Act I of Siltbreaker will go live later this month, and then Act II will launch in July.