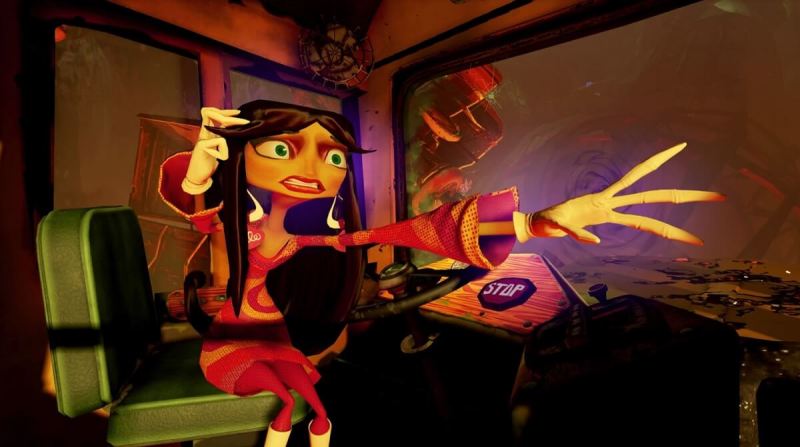 Above: Sasha is one of the psychonauts in Double Fine’s latest game.

GB: Seeing something from another point of view is a big puzzle-solving technique.

Dawson: It is. Our main mechanic in the game, when you’re moving around, is seeing things from different people’s viewpoints. As you saw a bit, going into Mia and seeing the children differently, it’s something we can use to tell a story or give a different perspective or set up a puzzle room. Maybe se can see some things other characters can’t. There are a lot of opportunities.

GB: PSVR seems to be getting widely deployed out there. You might have found a better time to launch than the very beginning.

Schafer: I think the launch games—there was a heavy push to get games at launch. Now there’s going to be a second wave of titles that had different timelines, where hitting the launch day wasn’t the number one priority.

Dawson: Hopefully a bit more variety out there. We’re seeing different styles of game come along. I’m excited to see what’s out there.

GB: How hopeful are you about VR in general?

Schafer: It’s interesting, because people are still figuring out what to do with it. I think it’s going to be around for a long time. Someone’s going to catch on to something that’s super compelling. On the one hand, the intrinsic magic is going to fade a little bit. Remember when the first 3D games came out, like Alone in the Dark, something like that? Star Fox? Seeing something from multiple sides was magic. It was magic to see Battlezone, with the tank rotating. Then that faded. The novelty was gone. Tank’s rotating, big deal. Then someone had to build a really compelling experience with it.

That initial, “Whoa, I’m in a 3D space” is going to go away. But then people are going to figure out things you can do in VR that you can’t do in any other game. In our game, it’s the emphasis on emotion and character. Someone will figure out something else. There will be some—not to use the phrase “killer app,” but something that people haven’t thought of yet that will drive it forward. And if they can make the headsets light and comfortable. 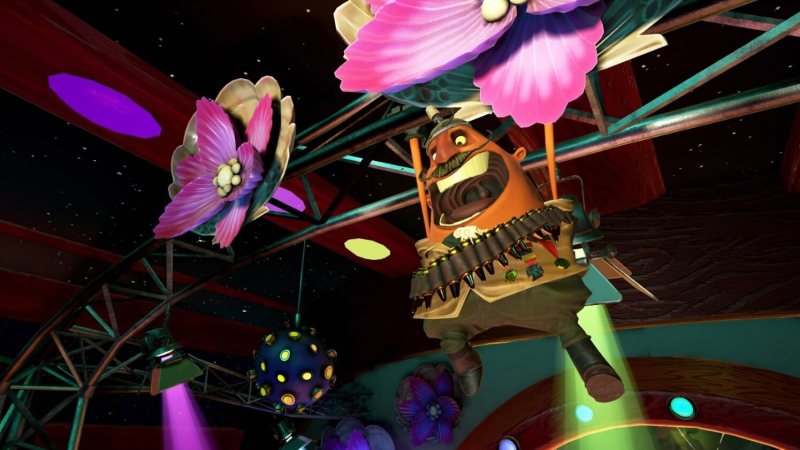 Above: Psychonauts in the Rhombus of Ruin is a point-and-click adventure in VR.

Dawson: It definitely feels like we’re at the very beginning of it. The promise of what’s coming next—not just with better hardware, but also developers understanding what works and what doesn’t work. Everyone working on it has surprises along the way, things they discover in a game they’re making that they didn’t think would be any good, but that end up being the best part. Or stuff that they thought would be amazing based on previous experience, but that just doesn’t work as well in VR.

When I talk to people about it, the initial thinking is, “Oh, I’ve seen a 3D movie in a theater,” and they assume that’s going to be the feeling. But once you get in VR and realize that it’s more than just a little-bit-better version of 3D – that it actually puts you in a space – it’s a really neat medium to develop for.

GB: How big was the team on this?

Dawson: The average size was around 12 to 15. We ramped it up a bit. It started as a small team of five or six, just getting the technology working and trying out ideas. But a relatively small team.

GB: What might be next in your experimentation with VR?

Dawson: At this point I think we’re mostly excited to get this out in people’s hands and see their reaction to it. It’ll be out on February 21, so very soon. We’re eager to get people playing it and see if they like it. Like we said, it fills a different spot in the VR landscape.