Dean DeBlois had a vision to create battles that were just as massive as those in The Lord of the Rings films.

The director of How to Train Your Dragon 2 was focused on delivering state-of-the-art animated scenes, and that’s why the popular summer movie — which has generated worldwide box office receipts of more than $300 million — has some battle scenes that extend as far as the horizon.

The film includes a huge amount of detail. A single character may have 4,000 to 6,000 control points that determine what it looks like at any given moment in the film. And the film itself took more than 90 million hours of rendering (with a lot of that work done in parallel).

During the five years it took to make the film, DreamWorks’ technologists reinvented their animation system and came up with tools such as a real-time visualization system that allowed DeBlois to see what a scene with moving characters would look like — before the artists did the painstaking work of fully animating the shot.

We had a chance to interview DeBlois alongside DreamWorks and Intel technical chiefs. Here’s the edited part of the interview that captures the creative vision of DeBlois.

VentureBeat: What’s the state of the art for animation technology?

Dean DeBlois: It’s remarkable now, because we’ve realized that given enough time and enough of a budget to make use of that time, there isn’t an image that we can’t create anymore. If we can dream it up, it’s possible.

Things that were just off-limits in the past, shots like the army of thousands of soldiers on the beach — that’s not something we would have attempted before, because the system would bog down and get very slow with more than a single character on screen. The animators had to wait a long time for renders. Everything in terms of posing and creating performance was quite laborious. They used to demonstrate to me how they would do it. It was a lot of spreadsheets and numeric entries. Very counterintuitive for someone who’s just trying to express an image that’s in their mind, in whatever medium they’re using.

Not only is the software extremely powerful now, allowing a lot of this stuff to be done, it can keep up with the intuition, with the creative impulses. They can manipulate and shape expression and deal with very complex characters in their designs. They can have multiple characters on screen. They can attempt, I think, a finesse of performance, but also epic scale. There’s a real-time quality to what they’re doing which wasn’t possible before.

More than that, it allows the animators to use their hands again. That’s a big step. It’s a return to picking up an implement and crafting the thing you see in your mind, without having to go through a process of distilling that into numeric entries and selections and whatnot. 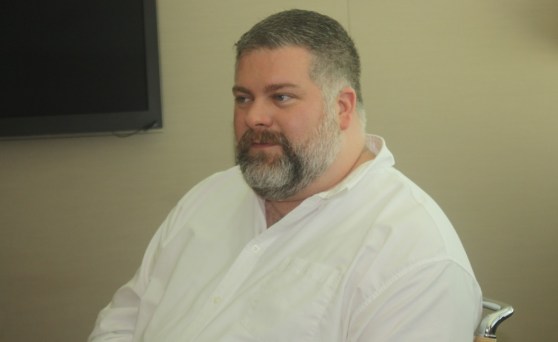 Above: Dean DeBlois, director of How to Train Your Dragon 2

VB: Does everyone use the electronic stylus in creating the art now? Or does anybody still use paper?

DeBlois: Part of the mission was to create a more efficient way of working that would shave down on overall production budgets. To that degree, there was a sense, going into How To Train Your Dragon 2, that we had to work so much faster. I think everyone felt it in the beginning, but as it actually manifested, it allowed the animators in particular to work so fast. Lighters felt this way after a while too. They could go back and refine and finesse in these iterative processes and stages that they were not allowed to do in the past.

We were able to put much more ambition into this film, more screen time, and much richer images than we would have been able to in the past. It was both successful in the sense that it did speed up the process – from a budgetary point of view there is great promise to this – but also, the animators realized that it allows them to put so much more finesse and subtlety into their work by being able to go back into it much faster.

We ended up with far more on screen than our previous spreadsheets would have dictated. The movie that we ended up completing, without going over the budget, was far more than we could have achieved according to the books. A lot of it is credited to the speed and intuitive quality that the new tools allow us. 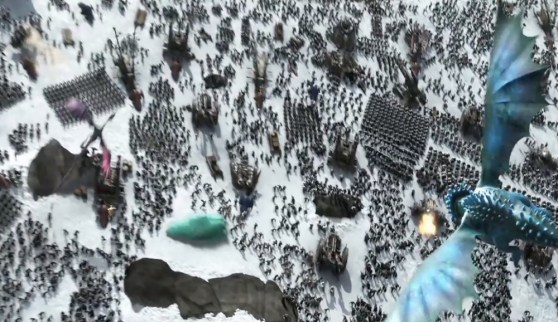 Above: DreamWorks Animation’s battle scene in How to Train Your Dragon 2

VB: Did you have a particular vision as far as how you didn’t want it to look too computer-animated, versus more cartoony? Did you have to control that as a director and say, “We want this to look familiar to people, not foreign”

DeBlois: It’s an aesthetic decision we make together.

In the beginning we were creating the world. For us it was important that people believe these dragons could have existed. We wanted to portray them as naturally as possible. There are other examples of a completely broad and comedic stylization, like the Madagascar films or Peabody & Sherman. Artistically it’s a departure from what we were doing, but no less successful for what it is. It’s just a choice in the beginning.

We also brought in Roger Deakins, who’s a famous live-action cinematographer. He has a very prolific career. He brought his live-action sensibility into our world. He would talk to our lighters in a way that would be very much he talked to his gaffer and his people on set, setting up lights and adding diffusion here, a little kick there, let’s bounce this over there. Not only did we have our believable hair and fabric and textures, that kind of embellished the character of the designs themselves, but we also had a very naturalistic approach to lighting it, which creates a unique look in animation.

VB: Did you have any particular changes you made on your level that would cause a lot of ripple effects down the chain? Things that would be measurable in terms of how much it’s going to take, or how much technology re-doing is going to be needed? For example, we interviewed the Pixar people last year, and they talked about changing the main character from Monsters University from a man to a woman very late in the process. This caused a huge disruption for Pixar’s artists and everybody, redoing so much.

Above: Ship scene in How to Train Your Dragon 2

DeBlois: We didn’t have those sorts of setbacks. I had time to write several drafts of the screenplay before we got going. But the changes along the way came gradually and without much alarm. We were able to accommodate them. But the ambition was always much bigger than we thought we could accommodate.

What we found going forward is that despite the fact that our budget told us we could make an 88-minute move with a certain amount of complexity, we ended up making a 92-and-a-half movie with all the complexity that we had dreamed up, never having to scale back. In part it’s the passion of the people that were invested in it. They wanted to put their best work forward. And it’s the tools that allowed it to happen.

While we didn’t have changes on the script side, the correlation on this side is things like the dragon mountain battle. If you haven’t seen the movie, there’s a huge, sweeping, epic battle scene that has hundreds of dragons, thousands of people, including these two huge dragons the size of a small village or something. It’s a pivotal point in the movie, and you simply wouldn’t have been able to do it.

We had the ambition to do something that could rival the biggest battles in Lord of the Rings, to have that kind of scale on screen. In our own way, I think we did accomplish that.

I don’t think there is anything that’s off-limits anymore.