Dragonfly Capital Partners has raised $100 million for its inaugural fund to invest in cryptocurrency startups.

The fund’s founding team is led by managing partners Alexander Pack, a young cryptocurrency venture capitalist who previously managed crypto and fund investing for Bain Capital Ventures, and Bo Feng, a venture capital veteran with more than 20 years of experience and founding partner of Ceyuan Ventures.

Dragonfly thinks it has identified a market opportunity to bridge the gap between East and West in the crypto economy, investing in and bringing together companies across geographies and asset types.

Pack has experience leading cryptocurrency and fund investments around the globe, and Feng has a track record of launching and managing multi-billion-dollar VC funds.

“Throughout our years of investing in crypto at our respective VC firms we realized how difficult it is for incumbent investment firms to participate in this tech trend. The issue is that crypto is not just a new technology but a new tech-driven asset class, something we haven’t witnessed in decades,” said Pack, in a statement. “A new asset class calls for a new breed of asset manager. That’s why we launched a crypto-dedicated fund and why we invest in other cryptofunds.”

Dragonfly will invest in three types of assets: crypto-native funds that want to be become the next asset management dynasties for the cryptoasset class; protocols and applications that will be the foundation of the decentralized economy; and pick-and-shovel tech startups building bridges between the decentralized and centralized worlds. 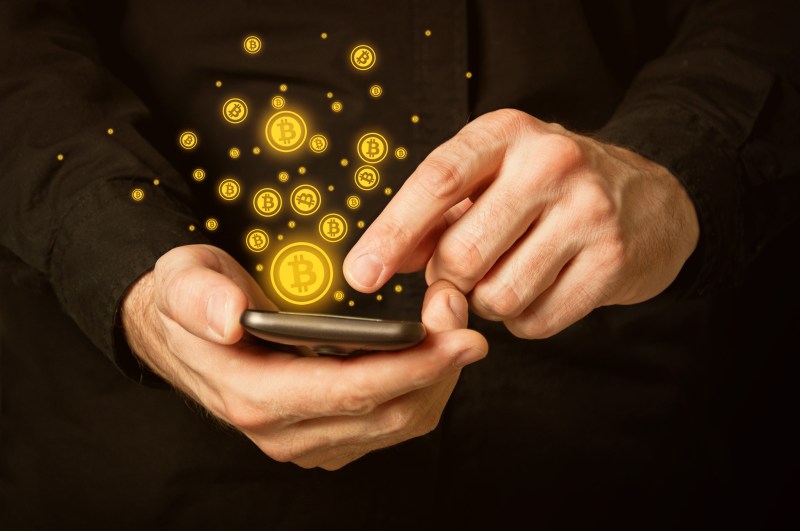 Above: Cryptocurrency is hot.

“I see a parallel between the Internet boom in the ’90s and the current cryptocurrency market opportunity,” said Feng, in a statement. “The crypto revolution may be even bigger than the Internet and more global. We take an ecosystem approach, investing in fund managers around the world and connecting the top technologists from the  West to the largest crypto companies and user bases in Asia.”

Dragonfly already has an active portfolio of over 20 investments, including leading tech-driven cryptofunds and asset managers, decentralized financial infrastructure (such as the price-stable cryptocurrency Basis), and foundational protocols (such as Spacemesh and Oasis Labs).

Feng was a founding partner of Ceyuan Ventures, a Beijing-based fund. He has more than 20 years of VC experience. In the ’90s he launched the China business of Robertson Stephens, a leading high-tech investment bank based in San Francisco, and became one of the first internet-focused VCs in China. Feng is the largest investor in OKEx, one of the largest cryptocurrency exchanges in the world. He has also invested in Qihoo 360, Dianping, UC, Meitu, PPS, Xunlei, and hundreds of other companies.

Pack is an advisor to Bain Capital Ventures. He founded BCV’s Network Investing practice to invest in crypto and other investment funds. Pack led 25 deals at Bain Capital, such as Basis, a price-stable cryptocurrency that has gone on to raise more than $130 million. Previously, Pack was a partner at AngelList and a general partner investor in Polychain Capital, the largest U.S. crypto fund. He has been investing in blockchain businesses for more than four years at various VC firms in the U.S. and Asia.

Asked how it will spot fake crypto companies, the company responded, “There are many novel aspects to crypto investing, but at the end of the day it’s about backing great teams building innovative technology. The Dragonfly partners have several decades of early stage venture experience, including many years of investing in crypto across the U.S. and Asia, which helps us to find and evaluate the leading teams and technology. We also invest in other cryptofunds that are the best in the world at their specific focus areas — e.g. some that are the best fundamental technical analysts, others that have the strongest network in a certain region — and co-invest in direct opportunities alongside them, leveraging their specialized expertise.”