The company Dream is named appropriately. For three years, it has been working on an online collaboration tool that enables people to view web sites on the Chrome browser in virtual reality. It’s like the operating system for virtual reality, and it is available for free on the Oculus Store.

That might seem a bit crazy, but the company is launching a test version of it today. I’ve tried it out, and with the exception of the occasional bug, it works pretty much as intended. I was able to look at and read VentureBeat web posts online, talk with the company founder, and enjoy a nice landscape — all inside VR.

Idan Beck, CEO of San Francisco-based Dream, said in an interview with VentureBeat that the team decided to code Dream from scratch as an open software project. With it, you can do things like present to your team via an Adobe PDF document or Google Doc. 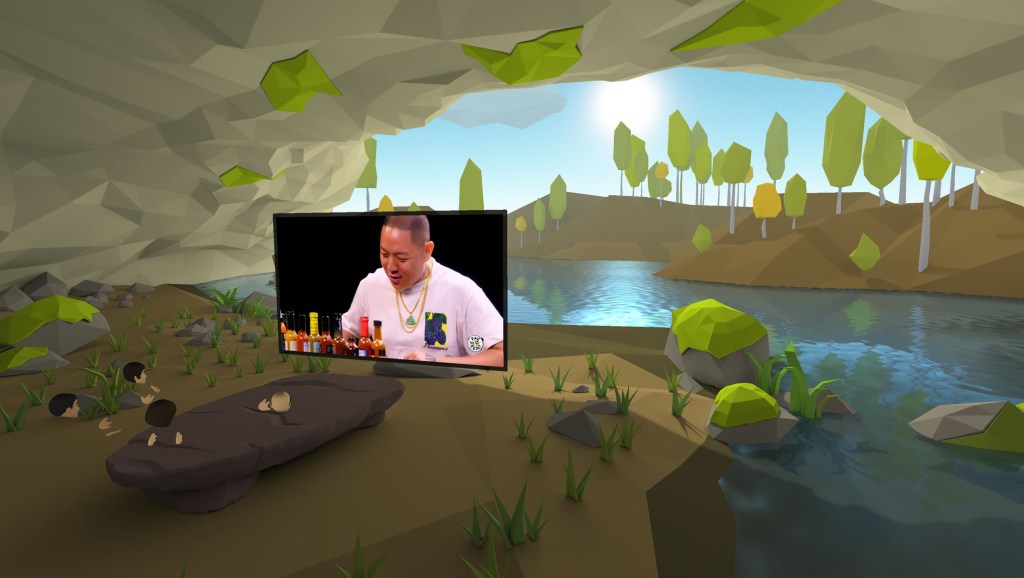 Above: Dream has a soothing landscape in VR.

“We were looking at the promise of VR as the next paradigm shift in computing,” Beck said. “What does software look like? What does an operating system look like? How do you use a browser? The idea is you can wear a headset and interact with all the people you know in VR. We believe that productivity is a good use case for VR.”

While other companies thought about games and entertainment, Beck thought about productivity and other software, how something like an operating system in VR should look. The company built its own engine.

Both Beck and his cofounder have created and sold startups before, and Beck did his own share of mentoring. In 2016, Dream gathered $1.3 million in funding and assembled a small team of just four people.

As I wore the Oculus Rift headset and reached out to tap something, Beck said, “Even a button is an unsolved problem in VR. You are trying to get an exact interaction with an object. A lot of these things have not been explored.”

With Dream, you can create a user account in VR. A virtual keyboard appears and you use your pointed forefingers to type on the keys on the keyboard. You can also create your own virtual character, or avatar, in VR. Beck figures you can type at 30 words to 40 words a minute. 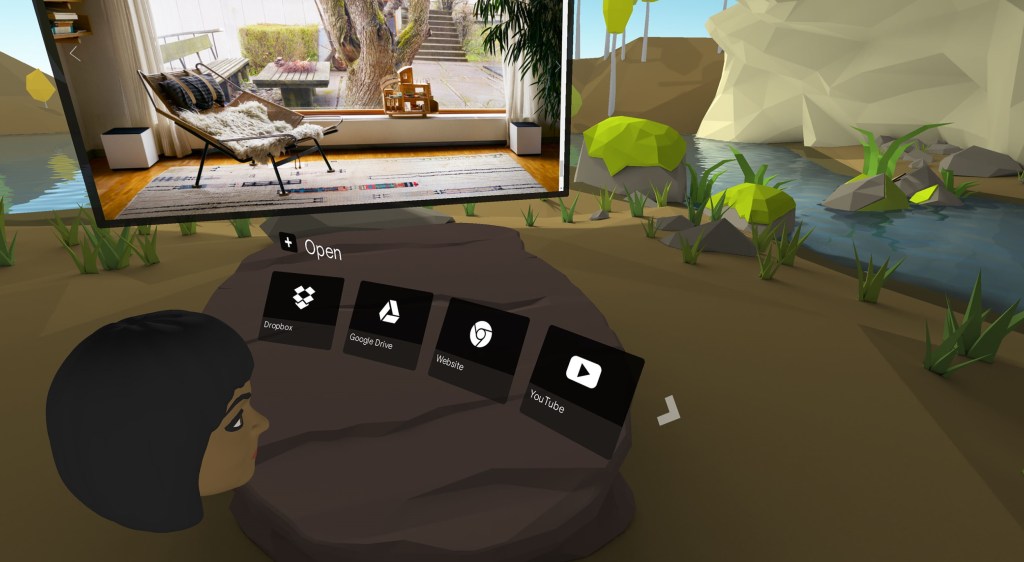 Above: You can view videos in Dream in VR.

“You don’t have to take off your headset for anything,”  Beck said. “If you try to do productivity in VR, you’ll find so many of the pieces are not there. Like real-time networking.”

You can fire up Chrome as a browser, and you can use it to view PowerPoint presentations on web pages or view items in Dropbox or Google Drive. That enables you to hold meetings with colleagues in VR.

Sure, some people might get sick in VR, or they might get tired after a short time. But Beck has noticed that people can meet for more than an hour inside Dream.

“As the world becomes a more remote place, there is a movement toward more communications,” Beck said. “This type of technology can enable remote workers.”

Beck believes that companies with overseas offices can use Dream to communicate with each other, getting rid of the need to travel internationally and reduce expenses. You can share things in real time.

“What if you could simply be as effective working remotely from home as being in the office?” Beck asked in a blog post. “What would this make possible? Instead of coordinating meetings, and spending hours commuting to meet others, you could instead jump into a virtual space with others and get stuff done. Ultimately, this is what Dream is all about.” 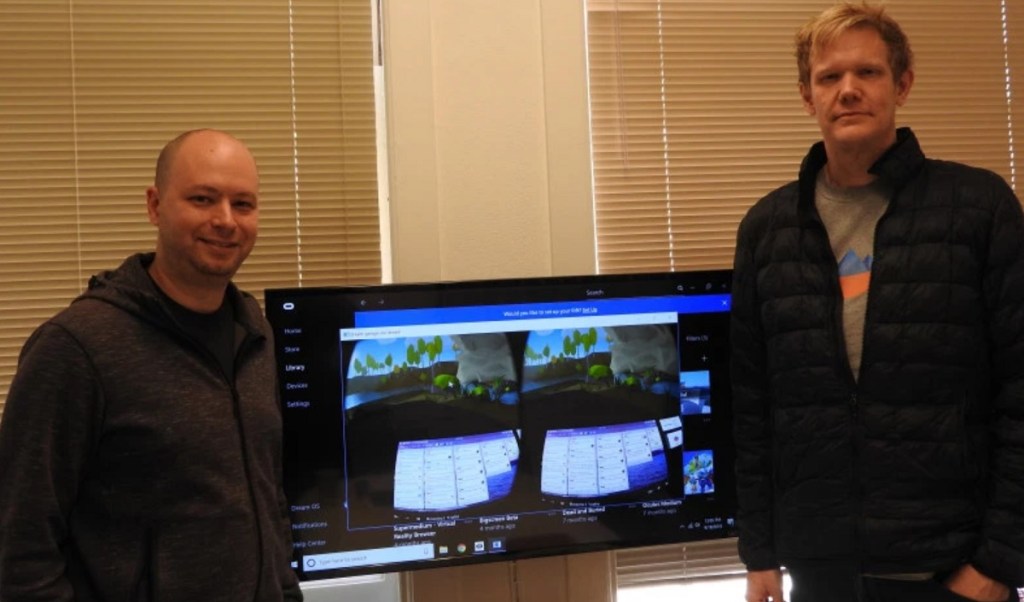 Above: Idan Beck (left) and Doug Wormhoudt are the founders of Dream.

“Entertainment certainly drives tech, but in the value stage and mass adoption, a lot depends on the availability of productivity applications,” Beck said.

Other companies, like Envelop VR, tried to do productivity apps in VR. But Envelop VR ran out of money and shut down.

“I’m not in this for the hype,” Beck said. “Never will be. It changes the dynamics of what you do.”

Oculus has its own dashboard for VR, but most companies don’t seem to have given much thought to the user interface for VR.

Beck isn’t exactly sure what to call Dream, but it seems like a meta operating system, just as the browser is perceived as a meta OS on top of Windows. Dream sits on a host OS now, like Windows, but in the long term, that could change. There are no Dream development tools yet, but that is a future task.

“It could take some time, but we could exist on different underlying operating systems,” Beck said. “We want to get initial feedback from users. Our goal on the development side is to be as easy as writing a web app.”