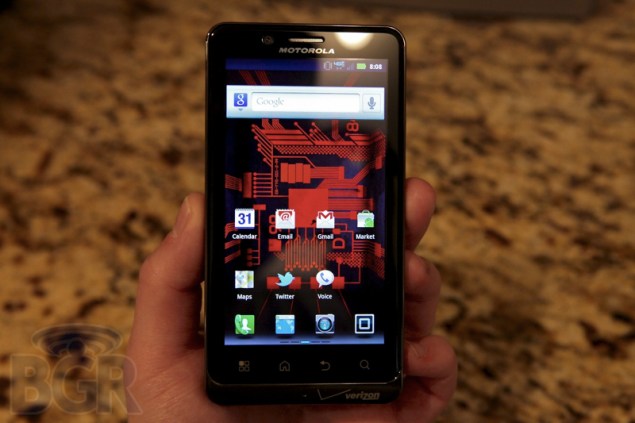 It’s been a long time coming, but tomorrow you’ll finally be able to get your hands on Motorola’s fabled Droid Bionic, the company’s most advanced 4G LTE Android phone yet, for a hefty $299.99 with contract.

The Bionic was initially announced at CES back in January, but Motorola ended up delaying the phone in April to “make several enhancements.” Now, some eight months after it was announced, the Bionic is finally here and faces an even more competitive landscape thanks to Samsung’s recently launched Galaxy S II phones, as well as Apple’s upcoming iPhone 5.

At $299.99, the Bionic is well above the typical $200 contract price for high-end smartphones, but at least it looks like you’ll be getting your money’s worth. It sports a dual-core 1 gigahertz processor, 1 GB of RAM, a 4.3-inch screen, 8-megapixel camera with 1080p HD video recording and a front-facing camera. The Bionic also comes with 32GB of storage — 16GB built-in, and 16GB on a removable SD card — which puts it on par with the $299 32GB iPhone 4. The phone supports SD cards up to 32GB, so you can easily cram in more storage if you need to.

It looks like Motorola either completely redesigned the Bionic, or reused the name on different hardware. The CES version of the phone had more rounded edges — now the Bionic looks like its sibling, the Droid X2.

The Bionic is Motorola’s second phone, after the Atrix, to support the company’s innovative laptop dock, which basically transforms the phone into a netbook. The laptop dock wowed me at CES, but Motorola eventually priced it at $499, far out of the reach of most consumers.

After testing out the Bionic for a day, Jonathan Geller from the mobile site Boy Genius Report said, “this very well could be the greatest smartphone ever to hit Verizon Wireless.”