A new phone called Droid is about to hit the market at the end of October, and it will likely have the glitz and power to bury the iPhone.

So I’m canceling my iPhone contract today. I’ll smugly wait out the rest of the month without the iPhone and rely on my second phone, the Blackberry Curve, which is a vastly inferior device to the coming Droid — but at least it can make calls more reliably and send email more efficiently than the iPhone.

Don’t misread me. The iPhone won’t go away. It’s got way too much traction, especially with that generation of users — foremost the twenty somethings — for whom the iPhone was an introduction to the “smartphone.” For them, the iPhone was an awesome upgrade to the iPod. It was a phone that also let you carry iTunes. It has an awesome browser, and thousands of applications to play with. For this generation, the iPhone is pretty cool, even though it is hopelessly clunky for the rest of us wanting to use it for critical tasks. Oh, and then there are the gamers. Dean Takahashi, our gaming expert, tells me I’m crazy for dropping the iPhone, given all the cool games that have been developed for it.

But for me, and millions of others, the Droid is still likely to be the answer if the reports about it are accurate (I haven’t seen the phone, but I’ve talked with someone who has worked directly with it). Droid is a play on the word “Android,” the name given by Google to its mobile phone operating system that it has licensed to manufacturers and carriers to use. Droid is going to be better than previous Android phones for several reasons. The earlier phones running on carrier T-Mobile, called G1, myTouch and most recently, the Cliq, lacked in three key areas: Hardware, user interface, and network power.

All of these are improved with the Droid.

First, the Droid (to be released on Oct. 30 if the secret code has been deciphered correctly) is an alliance with carrier Verizon and manufacturer Motorola. That’s significant because Verizon has the best phone network in the U.S., having rolled out its third generation (3G) network faster than other carriers. AT&T, the network used by the iPhone, is awful. I can’t tell you how many times I’ve cursed my iPhone and almost thrown it against the wall in my office because of dropped calls, bad reception or no network to surf the web.

Running video on the iPhone AT&T network is awful. Verizon’s VCast technology, by contrast, allows streaming mobile video that is best in class. Verizon’s network will get better in the coming months.

“When we are further along with LTE [Long Term Evolution, or Verizon’s 4G technology, expected to be rolled out soon], one of our primary focus points will be how we get more video onto the network. We believe that this will be the first high-end network which will support mobile video in a robust manner — true video.”

Verizon’s creation of a “4G Venture Forum” with highly regarded venture capital firms (including Charles River Partners, Norwest Venture Partners, and Redpoint) is designed to encourage further innovation on the network. Developers are already working on applications designed for it, and they’ll hopefully be ready to go when 4G is launched.

Verizon launched a significant marketing campaign over the weekend, listing all of the things an iPhone doesn’t do (see video at bottom of this post). The iPhone doesn’t let you run applications in the background, interchange batteries, run widgets on your homepage that are live, show Flash and so on. Apple also doesn’t allow open, customized development on its iPhone platform, like Android does. The ad boasts that the Droid will provide the “greatest web experience on the phone.” 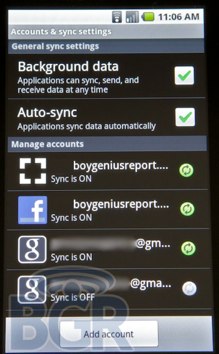 But most significantly, the Droid is vastly better on the interface and hardware front than previous Android phones. For one, the phone will exploit Android’s new release, Android 2.0. The publication Boy Genius Report has some screenshots of what the new operating system version looks like. It offers easier, two-click YouTube video uploads. You hit record, type in a title and description, and click, you’re done. On the touch front, you can double tap to zoom in and zoom out.

In other words, a touch screen that actually works (again, I haven’t seen this phone, but I’m going off of reports and what people have told me). And it’s fast — apparently rivaling iPhone 3GS web page speeds. It syncs your Facebook contacts. The email interface is better (it lets you flag multiple emails as read or unread), the browser has been improved, and there’s an updated maps application. Finally, Microsoft Exchange compatibility is reportedly built-in. Said one well-placed source close to the project: “The whole user interface feels slicker … feels like it was painted with the same brush.”

It’s this point about Exchange that pushes me over the edge. Not that I need Exchange, because I can always get off of Exchange if I can find an email platform that supports my 5,000 contacts. But I tried to port these contacts over to the iPhone a few months ago, and they basically made the phone freeze badly anytime I tried to call people or look up contacts. I discovered what a lot of others did: that the iPhone wasn’t designed for corporate users. The real fans of the iPhone are those people who have never been served by Exchange, who have never had the luxury of a corporate account and Blackberry. They don’t know what it’s like to use an efficient mobile email server. For that reason, I never got over the Blackberry.

The Blackberry was so damn efficient for productivity needs. You tap on you contacts button and type in a name, and there’s the contact file in less than a second. The phone lets you email, SMS or call immediately, with no latency. The iPhone seemed to freeze at unpredictable times. It took two or three seconds to find itself sometimes. And typing is also slower, because the screen touch is less precise at registering your finger taps.

But with the Droid, I’m going to get over my iPhone-Blackberry schizophrenia. The Droid, it appears has the best of both worlds. It has a new fast browser and will have thousands of applications. And it also has a slide-out physical keyboard, allowing for more precise, quick typing.

Finally, the underlying hardware is an improvement. Droid will reportedly be powered by the TI OMAP3430, the same chip that powers the iPhone and Palm Pre. It also outdoes the Qualcomm 528MHz ARM11, which has powered the Android phones to date. (There’s a good review of the chip technology at Engadget). One big unanswered question, however, is whether there’s an accelerometer in the phone. That’s the crucial chip (costing about $1) that lets you take advantage of tilting — and allows great gaming and use of the phone in landscape mode.

According to reports, the phone is apparently as thin as, or thinner than, the iPhone 3GS. Engadget got more information from a Russian site called motofan.ru, about a phone code-named “Sholes,” which is considered an alternative code-name for the Droid (the phone has been called the “Tao”). According to that report, the Droid is a 3.7-inch (480 x 854) device with 512MB storage and 256MB RAM. It will also have support for microSD/ microSDH (an 8GB microSD ships with the phone but 16GB will be supported), a 5 megapixel camera with autofocus, GPS, and USB, Bluetooth 2.0, WiFi), audio, and video formats.

Another plus: unlike the iPhone, this phone will most likely support Google Voice, which lets me route calls more efficiently, control who can contact me, and transcribe messages.

No wonder, then, that Google CEO Eric Schmidt boasted last week, explaining that “Android adoption is about to explode.” A Google source we’ve talked with says that internally, Google defines success of each of its Android devices according to when when sales hit the “millions.”

Of course, this means Google’s vision for a mobile phone that runs on the Web (instead of on native apps) is becoming closer to reality. Mobile searches are already up 30 percent from the second quarter, according to Google. This is good for Google. The more a phone can run on the open Web, remain open to development by third parties and access the best network around, the better it is for us too. 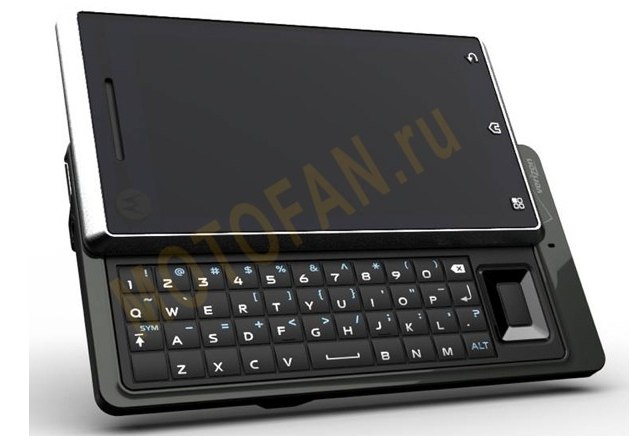