Unmanned aerial vehicles (UAVs) look to be part of the automation wave of the future, with military, police and research organizations shifting billions of dollars to purchase unmanned drones for surveillance and combat.

From tiny, lightweight robots that are discarded after a single use, to aircraft with the size and complexity of a traditional jet, UAVs are evolving into a huge market. And with small companies such as Insitu developing low- and mid-range aircraft, we’re seeing money pouring into startups.

Less than a month ago, Aurora Flight Sciences, an Insitu competitor, agreed to take $15 million from an unnamed private equity firm in its second round of funding. It’s developing drones for scientists and soldiers (including the RQ-4A Global Hawk, shown below). Manassas, Virginia-based Aurora is already profitable, with about $50 million in annual revenue. 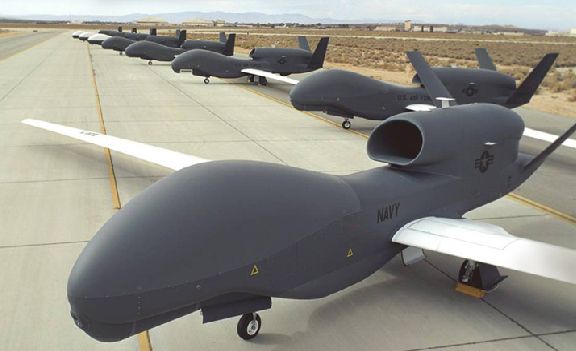 Insitu was founded after Aurora but is doing even better. We’ve heard the Bingen, Wash. company has about $80 million in revenue, although we haven’t been able to confirm that number. However, when it comes to a battle over market share, there may be room for both companies, and many more.

Drones seem to be, almost without exception, cheaper to develop and build than traditional aircraft, but money is pouring into their purchase. The United States government alone is expected to budget over $50 billion for unmanned vehicle systems over the next decade or so, according to Roger Lee, one of Insitu’s investors from Battery Ventures.

That has provided room for plenty of new competitors. Steve Sliwa, the CEO of Insitu, compares the current market to the dawn of aviation. “Back in the ’30s and ’40s, there were hundreds of companies making airplanes, but over the years that narrowed down to three or four,” he told us. “Now with unmanned, it’s been opened back up. It’s hard to imagine a Boeing or Northtrop Grumman developing something that costs a few hundred thousand dollars. It’s just not what they’re good at.” 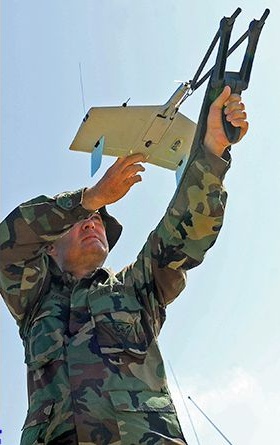 As a result, smaller, more agile companies, that have far less funding to work with than aviation and defense giants like Lockheed Martin or Northrop Grumman, have the opening they need to develop multiple products each. Insitu, for example, has Integrator, Insight, GeoRanger and ScanEagle (the latter two co-developed with Fugro Airborne and Boeing, respectively).

Dozens of other models are competing for attention from the armed forces–everything from a tiny model propelled from a slingshot to General Atomics’ large, deadly Predator B (also known as the MQ-9 Reaper). For a gallery of different UAVs, check out this Wired article.

The $21.33 million Insitu received is part of a $25 million fourth round provided by return backers Battery Ventures and Second Avenue Partners.