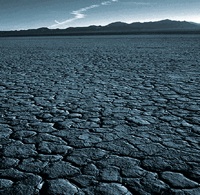 If you’re wondering why we haven’t been covering much IPO news recently, it’s because there hasn’t been any — there were literally zero venture-backed IPOs in the second quarter of 2008.

This is the first quarter since 1978 that has gone by without a single venture-backed IPO, according to a new report from the National Venture Capital Association and Thomson Reuters. The figures are also down quite a bit from the high times of 2007, including the 25 IPOs during Q2 of that year, and the 31 IPOs in Q4. There were a total of 87 IPOs last year, while 2008 is a wee bit behind, with only five IPOs in its first half.

The decline isn’t surprising given the broader economic climate, but when both traditional exit avenues dry up, that’s not just a bad sign for VCs, but for startups in general. Of course, the best startups are the ones that can weather tough times and are ready to come roaring back when the economy picks up again. (Meanwhile, to make it through the drought, some VCs are looking for alternate sources of liquidity.)

At the end of June, the NVCA surveyed its members and found that 81 percent of the 660-plus respondents said they don’t expect the IPO window to open anytime this year. The three leading causes for the drought are, in descending order, skittish investors, the credit crunch/mortgage crisis and the increased costs created by Sarbanes Oxley regulation, according to the survey.