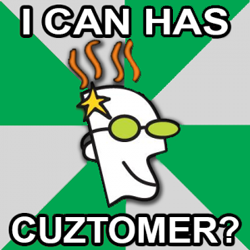 Results from yesterday’s Dump Go Daddy Domain Day boycott show that almost twice as many domains transferred into Go Daddy than out. These results come despite the fact that Go Daddy reported this morning that it was hemorrhaging customers.

The boycott day was organized by users of community news sharing site Reddit last week after Go Daddy appeared on an official congressional list of companies that publicly supported the recently proposed piece of legislation called the Stop Online Piracy Act (SOPA). While Go Daddy eventually renounced its support for SOPA on two separate occasions since then, many critics decided to go forward with their boycott efforts.

According to data from domain statistics site DailyChanges, Go Daddy had 27,843 domains transferred into the company’s service yesterday and only 14,492 transferred out. The same positive results show up in Go Daddy’s other statistics, such as the number of new domains (43,304) verses deleted domains (35,907). We’re contacting the company for a confirmation on these numbers, and we’ll update the post with any new information.

If the current boycott efforts aren’t hurting the company’s domain business, which is very large and influential, the negative PR from its involvement with SOPA could still have long-term damaging effects. Plenty of lesser-known domain registrars got a healthy influx of new, loyal customers that aren’t likely to retreat anytime soon — meaning, if nothing else, that Go Daddy’s competition has been strengthened.