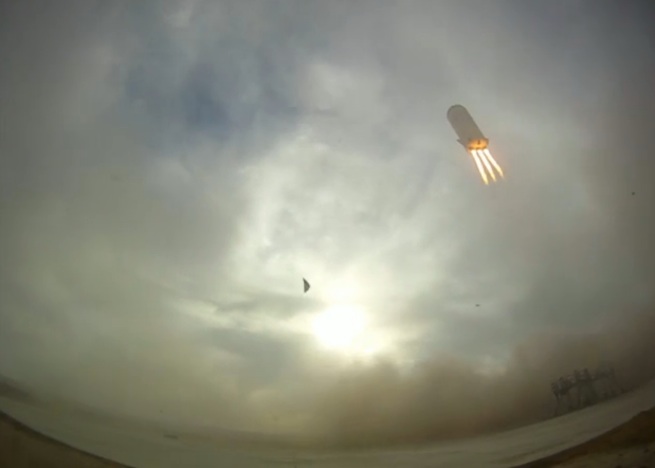 Now that Planetary Resources has unveiled its plans to explore strange new worlds, to seek out new deposits of platinum and water, and to strip-mine them and shuttle them back to secure facilities back on our home planet, I think it’s time to take ask the question we’ve all been wondering:

It’s no longer enough, if you’ve made a fortune in electronics or videogames, to buy yourself a $30 million ticket to ride on the Space Station, as Lord British and Anousheh Ansari have done. Now you’ve got to create your own space-exploration company.

Crazy, yes. But going into space has all the earmarks of a perfect second career for the modern billionaire. It’s amazingly cool and is guaranteed to provoke vast amounts of envy in the hearts of the other billionaires you run into at TED, Davos, and the Bohemian Grove. It’s the sort of hugely ambitious project that is worthy of a man (or woman) with an enormous ego. It costs a whole lot of money, so the barrier to entry is high (that keeps out the riffraff). And done right, it could be massively profitable, maybe even enough to create the world’s first trillionaire. So really, the wonder isn’t that billionaires are doing this, the wonder is that it’s taken them so long.

Richard Branson staked out the fun and affordable side of this space business early, with his launch of Virgin Galactic. Although its name suggests long, cosmic tours, this company is really only offering suborbital spaceflights. That amounts to about 5 or 10 minutes of weightlessness, plus the chance to see the blackness of space and the curve of the Earth. On the plus side, tickets (available now!) are a relatively affordable $200,000.

Other billionaires are tackling more ambitious fare. Elon Musk, rich from Paypal’s merger with eBay, is building a kind of space truck for ferrying goods into orbit and back. His company, SpaceX, has a contract to make a test delivery to the International Space Station — the first such contract for a private space company. Nice timing, too, as the retirement of the Space Shuttle means that the U.S. no longer has any options for sending our own material and crew into space, apart from renting space aboard Cold War-era Soyuz capsules launched by the Russians from aging spaceports. I’m sure they’re completely safe, of course.

Jeff Bezos, the billionaire founder of Amazon.com, has decided to carve out another niche in the space business: Rockets that take off and land vertically (that’s one of them in the picture at the top of this post), just like in 1950s science fiction movies. While his venture, called Blue Origin, hasn’t yet succeeded in putting one of these rockets into space, it will obviously be in a very good position in a few years to tap the market for rich, aging Boomers who want to visit space but don’t want the discomfort of more traditional rocket launches. It’ll be a nice, comfortable ride up and back down, so you won’t risk spilling your Cosmopolitan while you’re standing by the viewport, admiring the view of the Earth receding below you.

So what’s left? Mining, obviously. Bezos, Branson, and Musk have focused on the transportation side of the space industry, overlooking the obvious attraction of the raw materials and minerals available. Start with asteroids: Full of nickel and iron, sure, but also promising repositories of platinum (which Earth cars need for their catalytic converters) and water (useful for creating fuel to propel additional rockets). As a bonus, many asteroids’ orbits carry them within relatively easy reach of the Earth.

I mean, they’re basically like free piles of money, floating through space, waiting for some enterprising entrepreneur to scoop up and cash in on.

Peter Diamandis (not yet a billionaire) gets the credit for spearheading this idea — and he says he wants to kick off a kind of “gold rush” to space — but it’s the funding from Google founder Larry Page, director James Cameron, and former Microsoft researcher Charles Simonyi that made Planetary Ventures possible. Even Ross Perot got in on the action.

Amazingly, Planetary Ventures claims it is already cash-flow positive, which is a head-scratcher for a company that only announced its plans today and that doesn’t appear to have launched any spacecraft yet. Still, if these guys pull off their ambitious plans, they’re undoubtedly going to be even more cash-flow positive once the capsules filled with asteroidian platinum start returning to Earth.

(Incidentally, I’m sure the security around the landing site for a platinum-filled space capsule is going to be pretty tight. Which leads me to think that hijacking an asteroid-mining shuttle might be a really good way to start the next James Bond movie.)

Anyway, with all the obvious angles covered — joyriding, trucking, stately cruises, and mining — it will be interesting to see which corners of the space industry the next crop of billionaires decides to tackle.

Mark Zuckerberg, for instance, is about to have several billion dollars burning a hole in his pocket. Maybe this would be a good time for him to start thinking about building some hotels on the Moon?

I could go on, but I’ll turn it over to you now. What crazy space project would you like to see the world’s billionaires spending their money on?