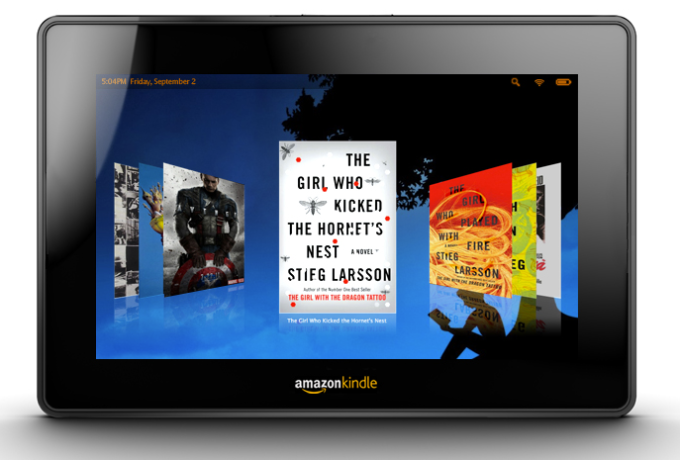 EDITOR’S NOTE: Each week, I’m writing a column on business and technology called Dylan’s Desk, while Dean Takahashi is writing a column on videogames called The DeanBeat. They are available to newsletter subscribers a whole day before they appear on the VentureBeat website.

Like a backroom brawler, Apple’s iPad has taken on one tablet challenger after another, and kicked the ass of every single one.

Now comes a new contender: Amazon.com, which we expect will be launching a $250 tablet on Wednesday, September 28. Will the new tablet, rumored to be named the Kindle Fire, have what it takes to knock out the champion?

A year and a half after its launch, the iPad still holds about 70 percent of the tablet market — a market which essentially didn’t exist before the device was released. After selling 15 million iPads in 2010, Apple demonstrated conclusively that millions of consumers were interested in a simple, flat touchscreen device, even if it did cost $500 and up.

How other tablets have tried, and failed

Naturally, many other manufacturers tried to get in on the action.

Most competing tablets have been based on Android, Google’s mobile operating system. While Android has a lot to recommend it, including flexibility and openness, no one has yet succeeded in making a commercially successful tablet using it. Motorola’s Xoom looked powerful and promising, but flopped. Samsung’s Galaxy Tab is a well-designed piece of hardware, and appears to have sold a few million units, but its sales pale in comparison to the iPad’s. Acer’s Iconia Tab: Have you ever seen one actually using one of these? Archos has been making tablets for longer than Apple has, but its Android tablets are a joke.

Then there are the non-Android competitors. They’ve fared even worse. HP pulled the plug on its much-hyped TouchPad after just 6 weeks on the market, and the future of its webOS operating system is in doubt. Research in Motion’s PlayBook has its fans, and holds 5 percent of the market. That’s not much, but it’s pretty good for a tablet that lacks basic features, such as native email and calendar apps, found in nearly every other tablet, and that requires you to own a BlackBerry in order to get its full functionality.

As it turns out, it’s harder to clone simplicity than you’d think. Thanks to its attention to detail and smart engineering, Apple probably has a two-to-four-year lead on other companies. Everything from the machined aluminum back of the iPad to its custom A4 processor represents years of behind-the-scenes R&D, an investment in development that other companies can’t quickly reproduce.

So what makes Amazon think it can succeed where others have so abjectly failed?

First, the company will set its sights lower than other tablet makers. Rather than trying to make a universal, do-anything tablet that imitates everything the iPad does, Amazon is making something closer to a Super Kindle. It will be a device that’s meant primarily for media consumption, from reading books to watching movies and listening to music. If rumors are correct, it will have a 7-inch backlit screen, substantially smaller than the 9- or 10-inch screen favored by most tablet makers. It will run a modified version of Android 2.2, and probably won’t sport the powerful dual-core processors found in other tablets. In this respect, it might be similar to competitor Barnes & Noble’s Nook Color, also an Android-based super-reader, which has seen some modest success in the e-book reader market.

Second, Amazon has a well-established media marketplace that most tablet competitors lack. Amazon has been selling music and movies for years, and has deeply-established relationships with content producers that will serve it well in negotiating digital distribution rights for its tablet. It already offers streaming music through its Cloud Player and streaming video through its Instant Video library.

Third, Amazon’s already got familiarity with Android, having launched its own Android App Store earlier this year. That gives it a built-in library of vetted apps, ready to run on its new tablet as well as any other compatible Android device.

And fourth, and perhaps most importantly, Amazon’s tablet will surely be well-integrated with Amazon’s massive, powerful cloud infrastructure. That could be a big advantage for a device with limited storage, because you could get all your movies, books, documents and music from Amazon’s servers, rather than having to keep them locally. The cloud is one of Amazon’s strengths, too: The company has been operating cloud services for years, including Amazon EC2, S3 and other services that it sells to companies as an outsourced provider of hosted computing resources. Amazon’s cloud is so good that Apple is even using it as part of its own iCloud service. That product expertise means Amazon both owns and understands the infrastructure issues required to provide excellent cloud services to millions of consumer devices.

In short, Amazon is not just trying to reinvent the tablet by following Apple’s lead. It’s planning a device that builds, incrementally, on the company’s previous experience and infrastructure in a variety of areas. The pieces to this obviously well-planned, growing ecosystem have been in place for years, and a Kindle tablet is merely another piece in the puzzle.

Will it succeed in knocking out the iPad? Probably not, any more than the Kindle did. It’ll be a special-purpose device that will do far less than the iPad. But if it really only costs $250, that might be enough for many people, and Amazon could sell a lot of these devices.

If not, the worst-case scenario is that the Kindle tablet doesn’t sell, and Amazon gains valuable experience in the consumer device market. That experience in turn will help it with future Kindles as well as improving its media and cloud services, which could help it sell those services to users of many devices, not just Kindle tablets.

In other words, Amazon is making a pretty safe bet.