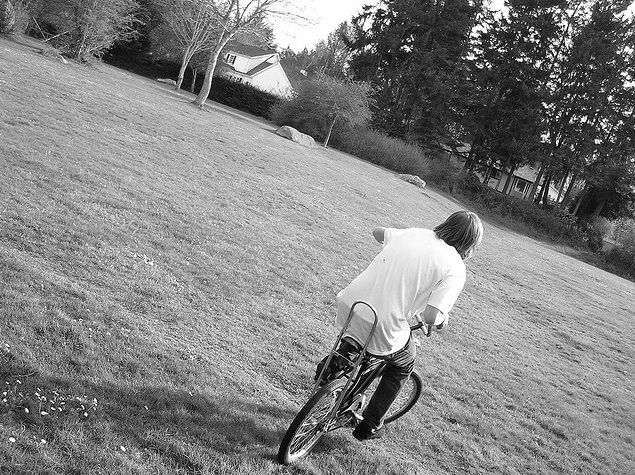 If there was any doubt that Wall Street is a sucker’s game designed to take money from stupid people and put it into the hands of bankers and powerful corporations, Facebook’s initial public offering should clear that up.

Let me recap, for those of you who haven’t yet read Matt Marshall’s detailed story of what went on inside Facebook during its IPO roadshow, or Henry Blodget’s initial expose of these private communications.

As we now know, Facebook revised its earnings estimates downward during the two-week period leading up to its IPO. But while it put general, vague statements about the revenue into its public S-1 filing, it appears to have given much more specific information to its bankers, privately.

The bankers, in turn, communicated the substantially revised revenue figures to select investors. At the same time, key Facebook investors, including Peter Thiel and Jim Breyer, put an extra 83.8 million shares up for sale. The bankers and Facebook also increased the amount of shares they planned to sell to ordinary, “retail” investors to 25 percent, an unusually high number. And when Facebook priced its IPO, it did so at the very top of its range.

At the same time, because the specific revenue downgrades weren’t widely shared, the company continued pumping up demand for its shares. That kept demand high enough on the first day of trading that the IPO clogged up the NASDAQ’s computers, delaying the start of trading by about half an hour (an embarrassment for the NASDAQ). And it ensured that the underwriting banks, led by Morgan Stanley, were able to exercise their “greenshoe” option and sell an additional $2.4 billion worth of stock, bringing Facebook’s total raise to $18.4 billion.

By the end of the day, as the stock slipped dangerously close to the IPO price of $38, it looks like the banks were rapidly buying up more stock in order to level the price out. So they may have taken a bit of a bath in this affair as well, since the stock is now trading at $33.

But what really has taken a beating is the reputation of the banks that led this offering, starting with Morgan Stanley.

Of course, we can’t know why Facebook or its investors and bankers were selling as much stock as possible, at as high of a price as possible, to as many naive investors as possible. But the result is clear: Anyone who bought Facebook stock on the opening day got duped.

Now, from Facebook’s point of view, that just makes good financial sense. While a nice big “pop” in the stock price on its first day of trading makes for good headlines, it’s a sign that the company has mispriced its stock and left money on the table; in Facebook’s case, it maximized its return.

And if you’re buying an IPO stock on its first day of trading in hopes of a quick one-day profit, you’re presumably smart enough to know that you’re basically gambling with your money. So the onus is on you if it doesn’t pan out the first day — or has a terrible first week. Give up your dreams of a quick return and hold onto the stock; maybe it’ll go back into the 40s. Some day.

But what really irks me is the revelation that Morgan Stanley and Facebook may not have actually broken any SEC rules. It appears that it’s allowable for analysts to communicate different information verbally with select investors than they reveal in the publicly-filed documents. That’s a ridiculous situation that seems to run directly counter to the purpose of a public, and transparent, IPO.

Aswath Damodaran at CNN writes that he thinks this was a case of ineptitude on the part of the bankers more than a conspiracy to make as much money as possible. He bases his argument on the fact that the damage to Morgan Stanley’s reputation was far greater than the extra millions it got from the deal.

Indeed, there is a cost to pay for all this mess. Facebook has, yet again, broken the already-fragile trust it has with ordinary Main Street users. It will have a series of subpoenas and investigations to deal with in multiple states and perhaps in Congress. There’s a shareholder lawsuit against Facebook. Morgan Stanley has taken a hit to its reputation. (At a time when almost no one in this country particularly like banks, that can’t be good — although it’s not clear that bankers spend much time worrying about popular opinion.)

But in the long run, will it make a big difference? Probably not. The allegations, if true, will result in various fines, which Facebook and Morgan Stanley will pay. And then they will carry on doing business as before.

Like what you read here? Read past editions of my Dylan’s Desk column, and sign up to get future columns delivered to your inbox every week.