If you subscribe to my newsletter you can read these columns a whole day before they appear on our website. And check out my other essays in the Dylan’s Desk series. 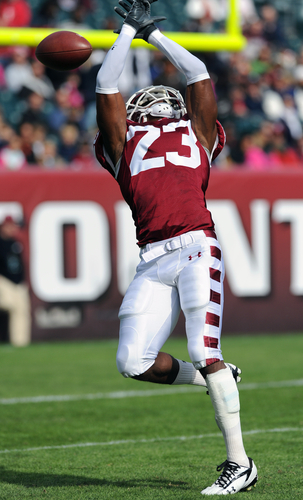 As the San Francisco 49ers fumbled their shot at a Superbowl appearance on Sunday, you could almost hear the Monday-morning quarterbacks warming up their complaints.

It’s no different in Silicon Valley, where the competitive sport is tech business instead of slamming heads together. Just like in football, anyone who’s not on the field has a strong opinion about how each play should have gone down. That’s especially true for the plays that end badly.

Take Research in Motion, for instance, which this week announced that its two CEOs, Jim Balsillie and Mike Lazaridis, would be stepping aside. Everyone in California, where software is king, has been chortling about how slow RIM has been to wake up to the new reality. To be honest, we’ve been shaking our heads about RIM for over a year now. At a panel I spoke on at CES earlier this month, the moderator asked us whether Microsoft should buy RIM. My answer was “Why?” I honestly couldn’t think of any reason why Microsoft would benefit from that acquisition.

But it’s easy for me to say that Lazaridis and Balsillie have driven the company down the wrong road. If I were in charge of RIM, what would I have done differently? It’s not easy to see where the company went wrong. Sure, its PlayBook was a brain-dead attempt to make a captive tablet, and the product managers who dreamed up the idea of a tablet that can’t do email or contacts should be fired. But the PlayBook didn’t kill RIM. Nor did the lack of a touchscreen phone, as the company’s Storm line has been delivering an innovative touchscreen experience for several years now.

If anything, the thing that killed RIM was simply that it was RIM. Its entire value has been built upon the tight integration of its hardware, software, and a data network that was, until recently, the fastest, most reliable and most secure way to get email via a mobile device. The company couldn’t replace any piece of that tightly-integrated vertical stack (switching to Android, for instance) without bringing the whole edifice down. And as long as the business was generating cash, it would have been fiscally irresponsible to do so.

Similarly, it’s easy to mock Yahoo for being behind the times, slow to figure out where its true value lies, and stupid for outsourcing its core search technology. As I write these words, Yahoo hasn’t yet released its earnings (scheduled for Tuesday of this week), but I would be flabbergasted if the company showed anything other than a depressing slide in most of its important metrics. And yes, there are some obvious places where Yahoo needs to improve: Eliminating a huge number of underproductive middle managers, for starters. (As the old joke goes, “How many people work at Yahoo?” Answer: About half of them.)

But Yahoo, for all its faults, has an enormous audience, 700 million strong by some estimates, and a wide array of compelling products. Many of those customers are regular users who come to the portal every day for news, entertainment, or to connect with their friends through services like Yahoo Groups. Sure, many those products are probably built on top of 15-year-old code, haven’t been updated since the day Yahoo acquired them, and are ugly as sin, but they still work pretty darn well for their core audience.

Anyone who tried to turn Yahoo into the next hip social network company, a la Foursquare, would instantly alienate its core audience (suburban parents) and drive a stake through its revenues.

So what would you do if you were in new CEO Scott Thompson‘s chair? The path forward is not as obvious now as it will appear three years from now, in hindsight.

Plus, the whole idea that giant companies get too slow and stupid to adjust to the times is just naive. In reality, it’s the classic innovator’s dilemma: A company with a huge, proven revenue stream is not going to sacrifice it in order to make a bet on unproven future revenues.

Railroad companies are in the “laying track and sending trains along it” business. Similarly, newspapers are in the “putting ink on newsprint and throwing it on your front porch” business.

Both were fantastically profitable businesses, while they lasted, because they offered virtual monopolies. When new technologies chipped away at those monopolies, the companies had no incentive to invest in the new technologies because to do so would be injurious to their fat profit margins. It’s only when the monopoly runs out and the company is hanging over a cliff that it makes sense to change its way of doing things, and by then, it’s too late.

So what should companies like RIM and Yahoo do? What should Kodak have done before it hit Chapter 11 last week? How about HP, whose many hapless CEOs helped send the company from Silicon Valley cornerstone to local embarrassment in little over a year?

If you have the answers, let me know. I’ll compile the best responses into a future column.