The latest Dynabook Portégé X33L business laptop is so light at 1.92 pounds that I can carry it with two fingers. And my fingers aren’t particularly strong.

Unless someone pulls a rabbit out of the hat, it will be the lightest 13-inch laptop with the 10th Generation Intel processors being shown off at CES. And you can jam a 6-core Intel i7 processor into the laptop.

The Dynabook and other models are showing up at CES 2020, the big tech trade show this week, with a new generation of Intel processors and more. Sharp acquired the laptop division of Toshiba and renamed it Dynabook, and now it’s cranking out laptops to compete with the likes of HP, Lenovo, and Dell. 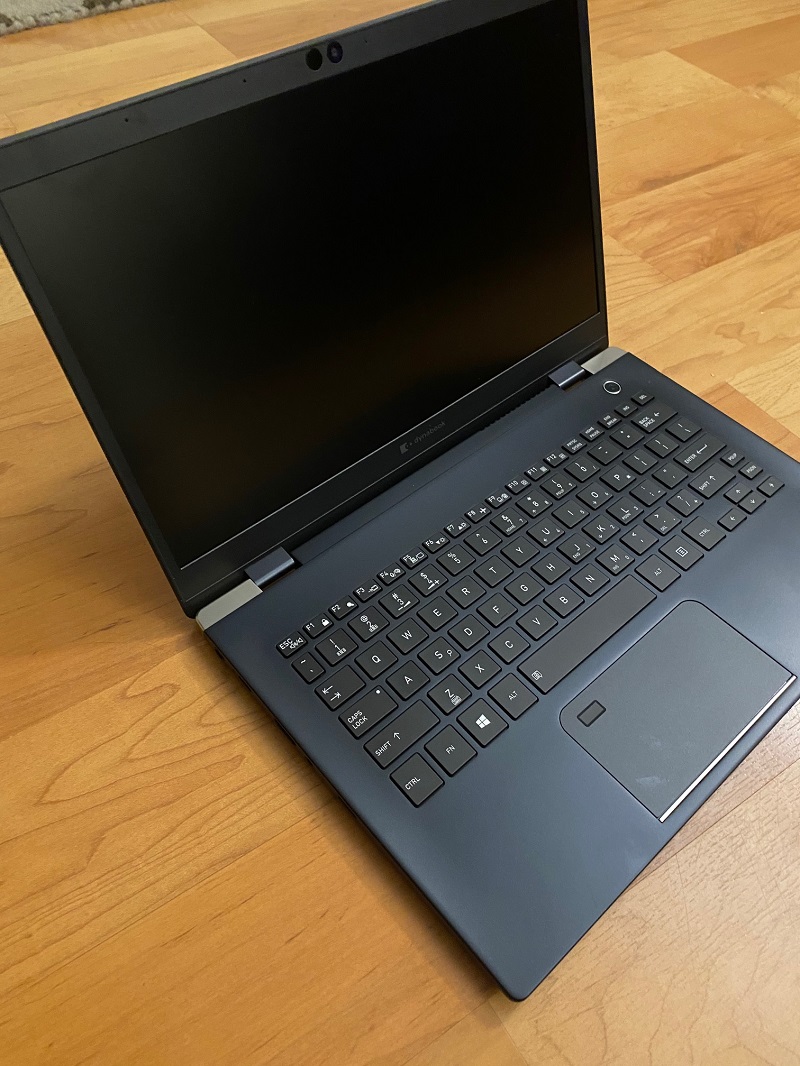 The laptop sports an HDMI connector, two USB 3.2 Gen 1 ports, one USB-C 3.2 Gen 1 port, an Ethernet port, and a microSD card slot. That’s a lot of ports, considering how light the machine is. It has a round AC adapter port for charging, but you can also charge through the USB-C port.

It’s lightness is made possible by a magnesium alloy chassis (about 30% lighter than aluminum), and it comes in a metallic Onyx Blue. Dynabook is refitting these laptops with the Intel 10th Generation Comet Lake U Series processors. It has 8GB of main memory, with an expansion slot for 16GB more, so you’re not just stuck with onboard memory. The battery lasts about 14 hours running full HD video, based on the MobileMark benchmark, for the 470-nit display version.

The laptop has Wi-Fi 6, or 802.11ax, with 3 times faster wireless networking. It also has Bluetooth 5.0, as well as an infrared camera for Windows Hello face sign-in. It does not support digital ink or pen input.

It competes against the HP EliteBook, the Dell Latitude, and the Lenovo Carbon laptops, though Dynabook is marketing it as lighter than rival machines.

On first glance, it seems like it’s weak and I could break it with my hands. But military-spec technology strengthens the machine, which doesn’t flex when I try to bend it. Pricing is still to be determined.

Dynabook is also launching new versions of its Tecra A Series laptops. And it has a refresh of the mid-tier Portégé A30, with a polycarbonate chassis that makes it thicker. It has a 13-inch screen and weighs about 2.6 pounds, and it will also carry a new 10th Generation Intel processor. The laptop will now go by the name of Tecra A30.