Electronic Arts announced Battlefield 1’s first expansion pack will be They Shall Not Pass, debuting in March.

In this expansion, the French Army “joins the battle in a brutal defense of their homeland.” Players can engage in the largest French tank assault of the Great War and take control of new weapons and vehicles.

The expansion features the Char C2 tank, a new behemoth vehicle, as well as a new mode and two new operations playable on “the fiery furnace of Verdun, underworld of Fort Vaux, beautiful French countryside of Soissons, and the bridges along the Aisne river.” 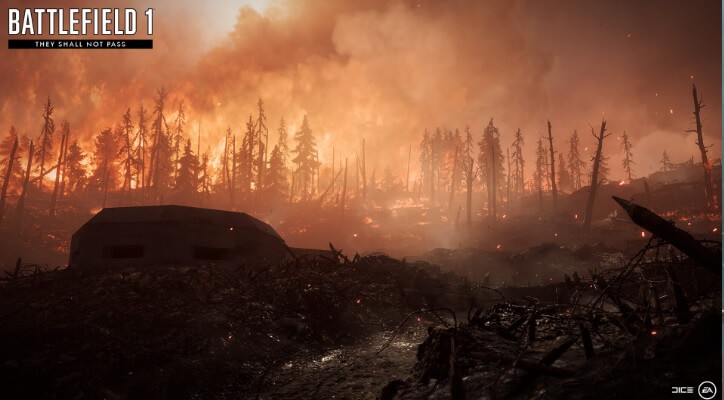 Above: Verdun Heights map in Battlefield 1 expansion, They Shall Not Pass.

The opening barrage of the Battle of Verdun created massive forest fires in which players will fight for domination. This is an uphill battle towards the massive fortresses of Verdun. A constant grinding struggle where the artillery never stops. Where the forge and “the Devil’s Anvil” continues to consume even the bravest combatants.

The first big engagement inside a fort during World War 1 takes place in the dark underworld of Fort Vaux. Down in the maze of dark galleries and wet stone corridors, French and Germans fight ferociously with grenades, guns, bayonets, and flamethrowers. Watch your corners!

Take part in one of the biggest tank assaults of World War 1. The French 10th Army moves to take back Soissons using their powerful Saint Chamond tanks. Planes, tanks, and infantry clash in the beautiful French countryside in the early hours of a hot summer day. Only the thunderstorm is louder than the war.

In dire need to capture key bridges across the Aisne river, the French find themselves back into battlefields where poppies grow over a rusty wreck from previous tank battles. It might seem calm, but this maze of steel beasts provides an excellent place for those who plan an ambush. As the sun sets over Fontenoy, the battle wakes up. 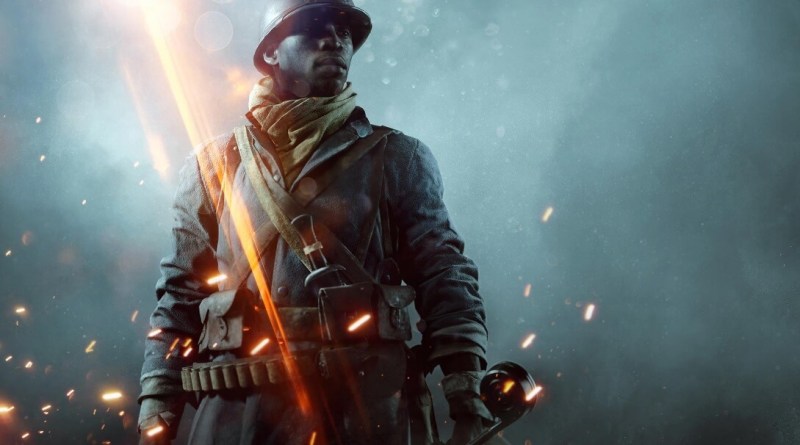 Above: Frontlines mode in Battlefield 1 expansion They Shall Not Pass.

Experience a mix of Conquest and Rush as you fight for chained control points in a tug-of-war frontline. Both teams fight for one flag at a time, and when this objective is captured, the action moves on to the next. Capture the enemy’s HQ control point, and the game turns into a Rush-style section where telegraph posts need to be attacked or defended.

Spawn into the Char 2C tank and control an epic new behemoth. Based on the real-world French tank, this super-heavy beast may turn the tide of the entire battle.

The St. Chamond was most heavily armed allied tank of the war. Dominate the battlefield with this impressive French construction.

Use the melee skills of the new Elite Class: the Trench Raider. With the brutal Raider Club and impressive grenade arsenal, you will be a terrifying sight.

Similar to a Field Gun, the Siege Howitzer can be operated by an infantry player. This new stationary weapon is operated through indirect aiming/firing in the same vein as mortars and artillery in vehicles.